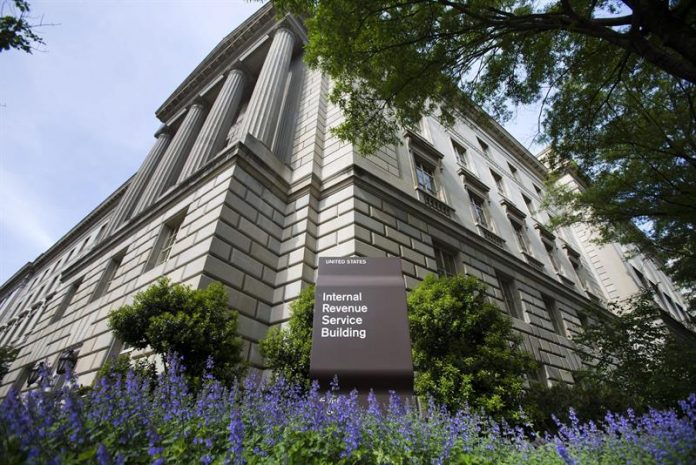 The Internal Revenue Service announced this week that the nation’s tax season will begin on Monday, January 29, 2018, and reminded taxpayers who claim certain tax credits that refunds will not be available before the end of February.

The IRS will begin accepting tax returns on January 29, with nearly 155 million individual tax returns to be filed by 2018. This year, the country’s tax deadline will be April 17, so taxpayers will have Two additional days to submit after April 15.

Many software companies and tax professionals will accept tax returns before January 29 and then send them when the IRS systems open. Although the IRS will begin accepting paper and electronic tax returns on January 29, the paper returns will begin to be processed later in mid-February, as system updates continue.

The IRS recommends that people submit their returns electronically for faster reimbursements.

The IRS set the January 29 opening date to ensure the safety and preparation of the major tax processing systems before opening and to assess the potential impact of tax legislation on 2017 tax returns.

The IRS expects that the first reimbursements related to EITC / ACTC will be available in bank accounts or debit cards for taxpayers as of February 27, 2018, if they chose direct deposit and there are no other problems with the tax return.

The IRS also reminds taxpayers that they must keep copies of their tax returns from previous years for at least three years. Taxpayers who use a tax software product for the first time will need their adjusted gross income from their 2016 tax return to file electronically.

Taxpayers who use the same tax software they used last year will not need to enter information from previous years to electronically sign their 2017 tax return. The use of an electronic filing PIN is no longer an option. Taxpayers can visit IRS.gov/preparese and then click on Spanish for more tips on how to prepare to file your 2017 return.

Presentation due date of April 17
The deadline to file the 2017 tax returns is Tuesday, April 17, 2018, instead of the traditional April 15 date. In 2018, April 15 falls on Sunday, and this would generally move the presentation deadline to the next Monday – April 16.

The IRS has also been working with the tax industry and state tax departments as part of the Security Summit initiative to continue strengthening the processing systems to protect taxpayers against identity theft and reimbursement fraud.

The IRS and the Summit partners continued to improve these protections to further protect the taxpayers that they will present in 2018.

Refunds in 2018
Choosing e-file and direct deposit for refunds continues to be the fastest and safest way to file an accurate tax return and receive a refund. The IRS expects that more than four out of every five tax returns will be prepared electronically using tax software.

The IRS still anticipates issuing more than nine out of ten reimbursements in less than 21 days, but there are some important factors that should be considered for taxpayers.

By law, the IRS can not issue refunds on tax returns that claim the EITC or the ACTC before mid-February. This applies to the entire refund, even to the party not associated with the EITC and the ACTC.

As in previous years, the IRS will begin accepting and processing tax returns once the filing season begins. However, if the taxpayers who usually submit their application at the beginning of the year are ready to present a complete and accurate statement, it is not necessary to wait to present it.

They must file a return when they are ready to file a complete and accurate tax return. The IRS expects the first refunds related to EITC / ACTC to be available in bank accounts or taxpayer debit cards as of February 27, 2018, if those taxpayers choose direct deposit and there are no other problems with the tax return.

The IRS reminds taxpayers that many financial institutions do not process payments on weekends or holidays, which can affect when refunds reach taxpayers. For the EITC and ACTC presenters, the three-day weekend that involves Presidents’ Day could affect the time they receive their reimbursement.

The tool Where is my refund? IRS.gov and the IRS2Go phone application will be updated by the end of February with projected deposit dates for those who file EITC and ACTC early, so these people will not see a refund date in Where is my refund? or through their software packages until then.