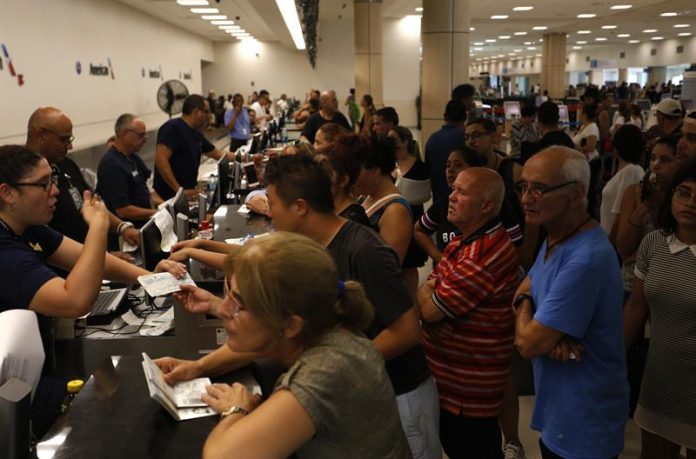 The president of the House of Representatives, Carlos Méndez, said today that the nearly 270,000 Puerto Ricans who were forced to emigrate to Florida because of the devastation left by the scourge of Hurricane Maria still have great need to find housing and employment.

In an opinion column published in the “Orlando Sentinel” newspaper, the legislative leader proposed a series of initiatives, including establishing a temporary program of reciprocity in professional licenses for Puerto Ricans with certification in professions such as real estate, nursing, pharmacy and advice, among others.

“Many Puerto Ricans who left and currently live with relatives in the cities of Orlando and Kissimmee need all kinds of help from the state government of Florida, and because of the speed of their departure, many do not have basic medical insurance. it is an area where the governments of Puerto Rico and Florida must work together, “he said.

Méndez acknowledged the effort made by the governor, Rick Scott, in seeking help to provide temporary housing to thousands of Puerto Ricans, however, assured the president cameral, much more is needed.

“The vast majority of Puerto Ricans who moved in the past three months live in small spaces, in some cases four or five people live in one-room apartments.

This situation has to be addressed, “said the president of the House, who took the opportunity to promote the appointment of social workers in order to help in the school transition.

According to the chamber leader, another aspect that must be addressed is the economic pressure of families.

“Achieving a quick job is imperative, as is solving any financial issue on the island, such as unpaid debts, which is why I propose that financial institutions in Puerto Rico begin the process of adjusting balances to accommodate the new reality, “he stressed.