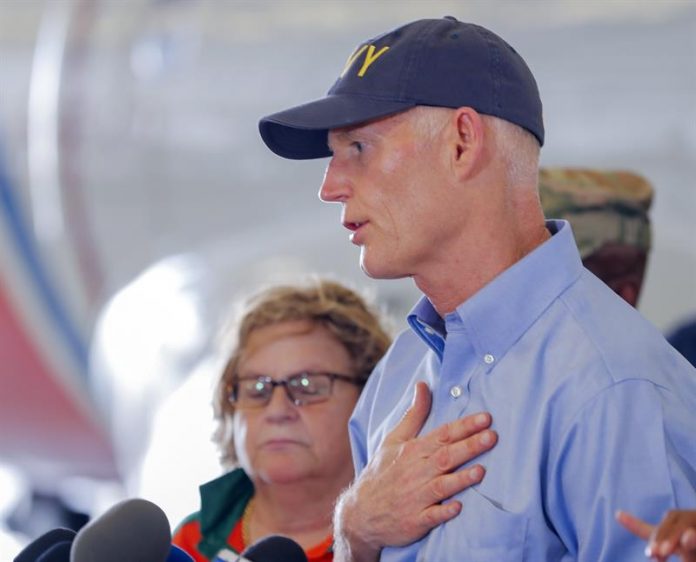 The governor of Florida, Rick Scott, today urged the Senate to approve “immediately” a package of aid to solve the damage caused after the passage of Hurricane Irma and help Puerto Ricans who have arrived in the state displaced by Mary.

These emergency resources are intended especially for the cultivation of citrus in Florida and provide critical funds for students displaced from Puerto Rico due to the damage caused in September by Hurricane Maria on the Caribbean island, Scott said in a letter to the Committee of Assignments of the upper house.

The governor said he hopes to see the citrus industry receive its fair share based on the estimated losses of $ 760 million due to Irma, which caused at least 84 deaths in the state.

“After the devastation of Hurricane Irma, and now with hundreds of thousands of families who arrived in Florida displaced by Hurricane Maria, our state has continued to fight for a full recovery,” Scott said in the letter.

More than 295,000 Puerto Ricans have arrived in Florida since October 3, according to the State Emergency Response Team (SERT).

Scott is scheduled to attend a round table on Thursday with Florida education leaders, community officials and volunteer organizations to discuss ongoing relief efforts for those displaced by Hurricane Maria in Puerto Rico.

Scott also requested that the $ 12 billion in infrastructure funds provided to the Army Corps of Engineers be spent on repairs to the Herbert Hoover Dike dam, operated by the federal government.

He recalled that while the lower house approved this important funding, the Senate must make it very clear that the dam is part of this package.

The United States House of Representatives approved last December a joint package of supplementary aid of 81,000 million dollars, for territories affected by hurricanes and including a game of 2,600 million for the agricultural sector of Florida, the main supplier of citrus fruits from the country.