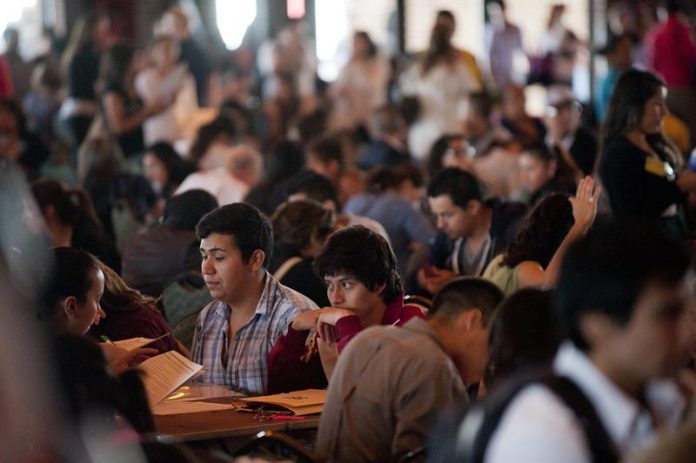 Hispanics between 20 and 36 years of age, the so-called “hispennials” in English, which in 2020 will represent 74% of the growth of the country’s workforce, are an important market objective for companies.

This group, which makes up 60% of the 55 million Latinos in the country, offers an unparalleled opportunity to reach a generation of Hispanics of increasing purchasing power, according to the data marketing and analysis company IRI.

For the real estate market, for example, the nearly 15 million Hispanic millennials are a very important selling point.

“We believe that ‘hispennials’ are important because they are more inclined to become homebuyers because of their unique cultural duality,” Frank Fuentes, vice president of multicultural community loans at the New American Funding mortgage company, told Efe.

And by 2030, Latino families will represent 56% of new homeowners, according to the Housing Policy Finance Center of the Urban Institute.

For Fuentes, Latino millennials not only “have a strong desire to own a home and see the value of building wealth through real estate,” they represent “the largest segment of first buyers in many markets.”

Hispanics have a purchasing power of about 1.5 trillion dollars and “Hispanic” and the younger generation represent the largest portion of this appetizing cake also for retail.

Thus, leaders and experts in the food market will see the strength of growth represented by young Latinos who show a greater degree of adaptation to life in the United States than their parents and grandparents.

“The change in the model of acculturation” is one of the most remarkable aspects of young Hispanics in their identification with the rest of the millennia, noted Efe Steve Patafie, manager of key accounts of Vilore Foods, a company that imports Hispanic food to USA.

Patafie said that Hispanic families that 15 or 20 years ago migrated to the United States did not “assimilate” in the same way to American culture as Hispanic millennials have done, in their opinion a generation perfectly integrated into the country.

However, still many markets such as film or television tend to stereotype and underestimate the importance of Latino youth in the US.

“I think Latino immigrants who came to the states of California or Texas more than half a century ago left an image that still in sectors like Hollywood has not been surpassed,” educational psychologist Niza Rodríguez told Efe.

“It is a mistake, in my opinion, to want to unify Latinos under a common roof by identifying them many times with a country of origin as it can happen in California, by its Mexican majority,” Rodriguez noted.

Thus, a Puerto Rican New York millennium does not fully identify with its Mexican equivalent of Los Angeles or a Cuban from Miami.

And for their professional training they are also valuable potential customers for the financial market of housing, cars or credit cards, among others, which also represents a career opportunity for the “hispennials” themselves.

“We look for talented loan officers who can offer help to an exciting and upcoming demographic, the Hispanic millennia,” Fuentes said of the need to serve Latino millennials as they deserve, representing 23.5% of their group. old.