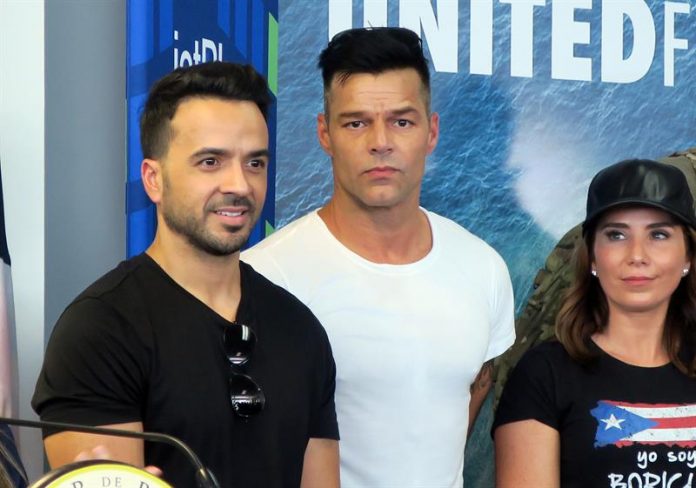 Ricky Martin, Luis Fonsi and Chayanne are some of the Puerto Rican artists who have returned home, the island, for Christmas, on a very special date and this year comes when the effects of Hurricane Maria, which devastated the territory, are still felt. Caribbean last September.

The accounts of the three artists on social networks show how they enjoy these days of rest under the Caribbean heat of Puerto Rico, where today the sun shines, when in other latitudes the snow makes an appearance.

Ricky Martin gives proof of his presence in Puerto Rico by placing on Instagram a photo with his boyfriend, Jwan Yosef, in which they are seen sunbathing wearing tiny swimsuits to withstand the nearly 82 degrees fahrenheit that maximum has been reached these Christmas days.

“So or more beautiful El Morro?”, Says Luis Fonsi, the great winner of the year with the theme “Despacito”, also on Instagram showing an aerial photograph of the San Felipe del Morro Castle, the 16th century Spanish fortification built at one end of the historic center of Old San Juan in the Puerto Rican capital.

“I am already on my beloved island, today I visit the mountain villages to distribute toys for the children, all for the children”, also points out Fonsi in another photo in which he is seen in a helicopter ready to take gifts to the little ones , that as all suffer the effects of Hurricane Maria in form, especially, lack of electricity in much of the island.

In this line, singer Chayanne points out through his Twitter account “focused on the center area of ​​the island, the recovery team”, for the humanitarian work that the Puerto Rican singer also carries out in his homeland.

Puerto Rico celebrates one of its most bitter Christmases this year when, more than 3 months later, it suffered the effects of Hurricane Maria, which left a provisional balance of 64 deaths and damages of about 94 billion dollars. .