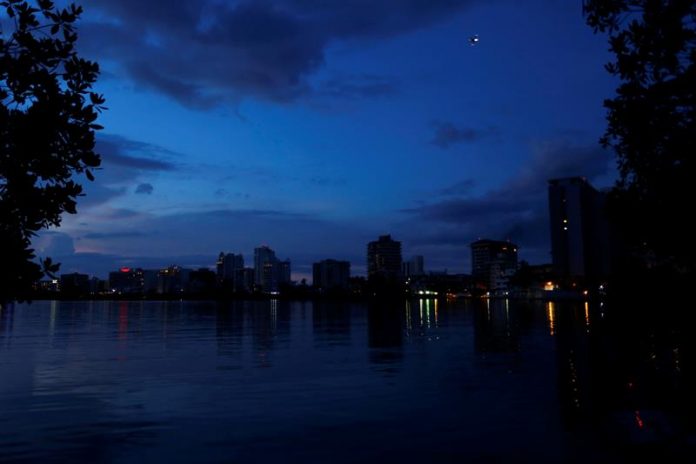 Puerto Rico celebrates today one of the most bitter Christmas of the last decades by Hurricane Maria, because three months later a good part of the island remains in the dark, difficulties that the population tries to overcome.

The traditional explosion of joy that lives on this Caribbean island this Christmas may not be the same because the effects of the devastating hurricane are reflected in something as everyday as having light or a job to pay extra expenses of these dates, both these days converted into luxury.

The information that the Government offers today indicates that the generation of the state Electric Power Authority (EEA) reaches 62.2%, very far from the goal set by Governor Ricardo Rosselló, who asked for an effort so that in the middle of December out of 95%.

The Government offers the data of the generation of the PREPA on the total of its capacity, although another thing is the amount of people who really count on electricity, which is suspected is much smaller.

The ESA tried on Saturday to send a Christmas message of hope to disclose that, for the first time after more than three months, the electricity was going to reach several municipalities in the interior and the east and south coast.

Electricity would come, yes, but to the urban centers of some of those municipalities, a space reserved in Puerto Rico mainly for commerce and administrative services, but where very little population resides.

Puerto Ricans from mountainous areas and far from the capital, San Juan, will have to conform today, on Christmas Eve, to adapt to the hours of light or, the most privileged, turn on the popular plants, generators fed by diesel whose characteristic noise is has done usual in recent months.

The panorama of not having electricity has been the final blow to a free-falling economy for a decade, immersed in a deep crisis aggravated since the Government in 2015 incurred the first default of a debt of 70,000 million dollars.

The crisis, the debt and the “tipilla” of Hurricane Maria has provoked an authentic exodus of Puerto Ricans to the United States in search of minimum services and work to live.
The lack of electricity caused the closure of innumerable small and medium-sized companies, which could not afford to buy generators once the diesel expense made it impossible for the accounts to come out.

A tour through many areas of the Puerto Rican capital shows how today, more than three months later, the woods that were placed in stores and businesses to withstand the winds of Mary are still there with no prospect of retiring.

Although there are no official data, there are about 200,000 Puerto Ricans who left for Florida, the preferred state of the Puerto Ricans to settle down, because thanks to their US passport they can move freely around the North American country.

Luis Boronat, a neighbor of Hato Rey district, faces this drama.
Already in his fifties he has seen how the lack of electricity caused his dog haircutting business to collapse due to the lack of resources to use a diesel generation plant.

Decades after arriving to the Caribbean island from his native Valencia in Spain, he tells Efe that things “have become very ugly”, even more so than before the hurricane, so in weeks he will pack his bags for Philadelphia, the city of the east coast of the United States.

Luis, with little academic training, says that he has achieved a job as a “packer”, factory worker, with what he hopes to get ahead.

The story of Luis is just one more that has led hundreds of thousands of people to leave, although those who stay try to cope with the situation.

Although not comparable with other years, some stores reflected on Saturday an unusual activity with people eager to get rid of their pains with a last-minute purchase.

Those who have stayed will take advantage of this night to, with electricity from the ESA, generator or candles, organize a typical Puerto Rican Christmas dinner.

The piglet (pork) and the rice with pigeon peas will be accompanied by the famous pitorro, a drink of strong alcoholic gradation that was produced until a few years in a clandestine manner.

After the festivities, 2018 will arrive, a year that Puerto Ricans hope will not be anything like the one that is now dismissed.