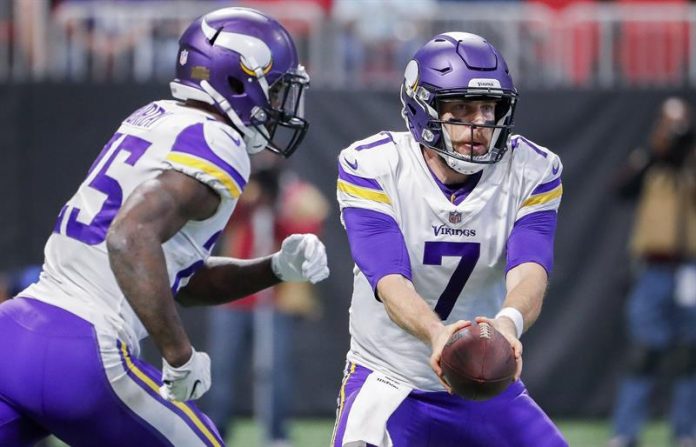 The victory allows the Vikings (12-3), who had already secured the title of the North Division of the National Conference, to maintain their chances of getting a rest in the first round.

The Minnesota team can secure a break if the Carolina Panthers lose or draw on Sunday against the Tampa Bay Buccaneers.

Keenum found his receiver Stefon Diggs with a four-yard touchdown pass in the first quarter of the game.

The quarterback completed 14 of 25 passes for 139 yards with a scoring pass.

The Packers (7-8), already eliminated from the final-phase dispute, lost to quarterback Brett Hundley, who completed 17 of 40 for 130 yards and two touchdown passes.