Harrison Barnes had 17 points and Puerto Rican backup Jose Juan Barea 14 of his 16 points in the second half of the game and the Dallas Mavericks defeated the San Antonio Spurs 105-89.

The Mavericks (8-20) reached their fifth win in the last 10 games and remain last in the Southwest Division, just half a game away from the Memphis Grizzlies, penultimate of that group.

Yogi Ferrell, Wesley Matthews and Barea scored 16 points apiece for the Dallas team, who finished a five-game losing streak in their field.

Barea played 25 minutes, scored 6 of 11 field goals, including 2 of 5 3-pointers, 2 of 2 from the personnel line, six rebounds and six assists.

The Spurs (19-9), with two losses in the last 10 games, remain in second place in the Southwest Division and saw their four-game winning streak broken for the third time so far in the championship. 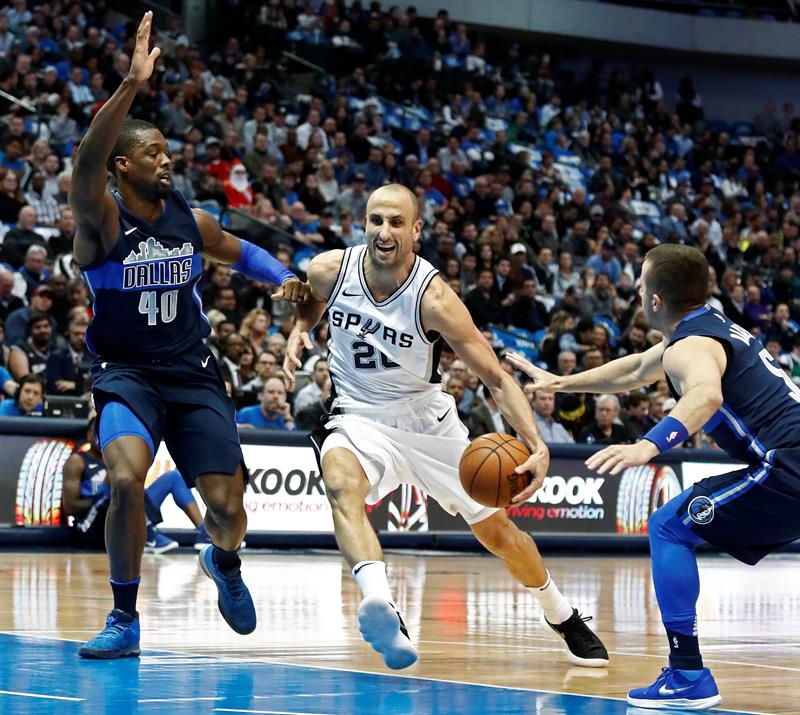 LaMarcus Aldridge had a double-double of 23 points and 13 rebounds, reserve Rudy Gay added 21 and Kawhi Leonard scored 13 points for the San Antonio team.

Leonard made his season debut after missing the first 27 games due to a right quadriceps tendinopathy.

Leonard’s medical condition causes pain and weakness in the knee.

Argentine reserve guard Manu Ginobili had five goals in 27 minutes when he scored 1 of 5 field goals, 3 of 4 from the personnel line, recovered a rebound and delivered three passes for scoring.

Spanish center Pau Gasol did not have points in 22 minutes on the court, he got nine rebounds and delivered two assists. (efe)

iPhone13: 52% of respondents are impressed with the new lineup; 7% have switched from an iPhone in the past two years, while 9% are...

2021: the year of vaccines, variants, pandemic fatigue and the regulation of euthanasia

2021, the second year of the COVID-19 pandemic, ends this Friday with practically 90 percent of the population vaccinated, but with the fear of...

Facebook unveils the name of its new brand: Meta

Facebook has shared this Thursday in the framework of its Facebook Connect 2021 event more details about the metaverse, the virtual environment where people...

The leaders of fifty countries participating in the XXV World Climate Summit (COP25) have expressed their commitment to the objectives set out in the...

Latino leaders ask Colorado to protect the undocumented and the environment

Some 200 Hispanic leaders met today at the Capitol of Colorado with local congressmen to show their rejection of proposals that seek to criminalize...