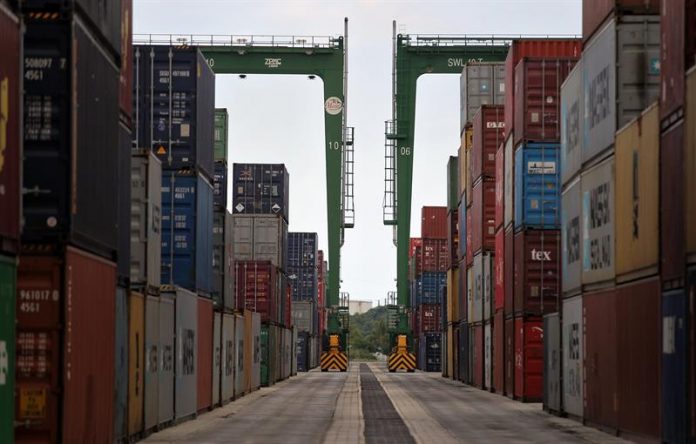 The country’s trade deficit grew by 8.6% in October and stood at a total balance of 48.7 billion dollars, above expectations and at its highest level since January, according to the Commerce Department today.

The sharp increase in the deficit could weigh on the growth of the gross domestic product (GDP) in the last quarter of the year, unless the balance of foreign trade decreases in the next two months, according to analysts.

However, the United States has traditionally maintained a large negative balance supported by the significant weight of domestic consumption in the national economy, and the higher spending on imports also has to do with the health of the US economy.

The negative trade balance for April was the highest since January, when it approached 49,000 million, and higher than expected by analysts, who anticipated a deficit of around 47,500 million after the September figure, revised upwards and that remained at 44.9 billion dollars.

Between January and October 2017, the US trade deficit in goods and services increased by 11.9% compared to the same period in 2016, a boom of 49.1 billion dollars.

The president, Donald Trump, constantly complains that the country’s trade deficit is too large and wants to correct that situation, particularly in the case of transactions with China and Mexico.

In the case of China, the deficit increased by 1.7 percent to 35.2 billion dollars, bringing the negative trade balance since January to 309 billion.

As for Mexico, the trade deficit increased 15.9% in October, to 6,600 million dollars, compared to 5,700 in September, which leaves the negative balance with that country so far this year in the 59,700 million .

This persistent negative trade balance with Mexico is one of the main arguments used by Trump to demand a renegotiation of the North American Free Trade Agreement (NAFTA) between the United States, Mexico and Canada.

The president has come to call this agreement a “disaster” for national interests, so it is forcing a tough negotiation in which it is not ruled out even that Washington ends up exiting the treaty.

As for the European Union, the deficit rose by 13,700 million dollars, compared to 11,400 in September, which leaves the negative balance with the block so far this year at 120,900 million.

With respect to Venezuela, the United States imported goods worth 917 billion dollars in October, mostly oil, and exported 330 billion dollars, which resulted in a negative balance for Washington of 586,000 dollars.