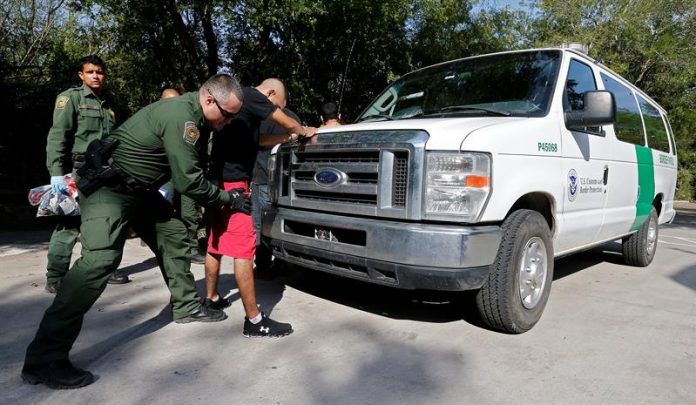 Border Patrol agents in the Rio Grande Valley sector of Texas found 12 undocumented immigrants hiding in a truck driven by an American during a roadblock on Sunday, the Department of Homeland Security (DHS) said today. English).

The immigration authorities said in a statement that they found this group of immigrants locked inside the trailer at a migratory checkpoint in Falfurrias, Texas, about 120 kilometers from the border city of McAllen.

Of the twelve people found, eleven are Guatemalan and one is Honduran, while eight are adult men, three are adult women and one is a minor, according to sources at the Immigration and Customs Enforcement Service (ICE).

The immigrants found were detained and handed over to the Border Patrol after they declined to receive medical attention.

For its part, the driver, a US citizen, was arrested and is pending federal charges against him for trafficking in persons.

The head of the sector who arrested this group of immigrants, Manuel Padilla, asked the community to “help save lives” by reporting this type of activity “before it is too late”.