Thalía received an award this Friday for her humanitarian work during a ceremony held at the UN headquarters, in which the Mexican singer called the Latino community to be a bridge to unity, acceptance, to promote tolerance, support for childhood and its education.

“I think we are all that bridge of union, that we should all exhort love, union, acceptance, the different, the new, and that is what scares us the most, but that is what we should work on the most and what else we should focus on, “affirmed Thalia after receiving the Latin Impact Summit Award.

The Cala and PVBLIC Foundation recognized Thalía’s humanitarian work in favor of children and women and their health campaigns throughout three decades in music, as part of an event that brought together Latino leaders from different sectors that have inserted in the agenda of the Sustainable Development Goals (SDGs) of the UN.

Thalia, who has been a goodwill ambassador for UNICEF for Mexico for a year, said that this bridge should promote tolerance, support for children and their education, “that children feel happy to go to school to learn and not to suffer harassment.”

The artist, who has two children, joined in 2014 the campaign on social networks “bullying is not a game” against school violence in her country that promoted the citizen initiative Basta MX.

The singer pointed out that, to achieve the strengths towards that unity of purpose, Latinos should look to their predecessors, “to the people who did wonderful things, who laid the foundations of this world, of this country, to look for those heroes who left their lives for freedom.”

He stressed the importance of Latinos being inserted in the dialogue of the Millennium Development Goals in order to express all that is needed in each of the Latin American countries. 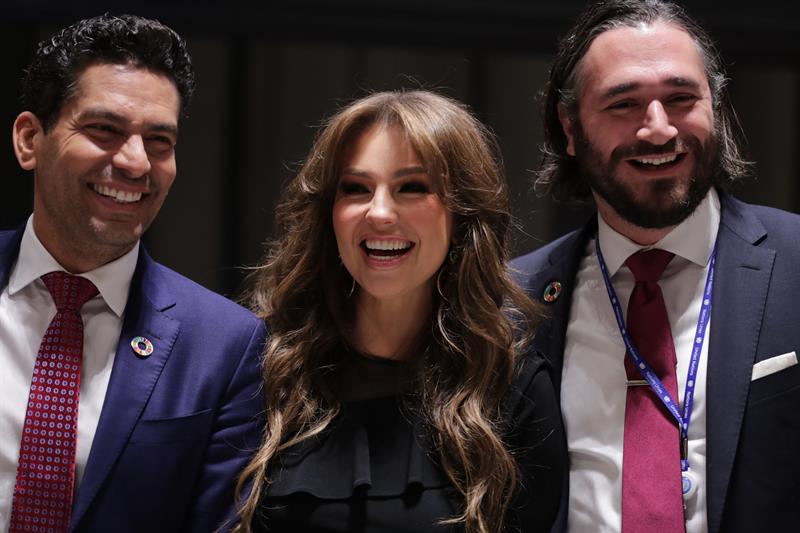 For its part, journalist Ismael Cala, host of the event, which has the support of the United Nations Development Program (UNDP), explained that the Latino Impact Summit arose because Latinos “can not demand the 17 global objectives of sustainable development but we take part and we commit ourselves to achieve them”.

“It is a space for consultation and dialogue and to do it in Spanish within this place, the leadership of our region is potential, which I think is the most cheerful, resilient and with the greatest potential in the world but at the same time it remains the most unequal and there is a lot of work to be done”, he said.

World leaders committed themselves in 2015 with an agenda that includes 17 goals and 169 goals for a sustainable world, which include eradicating poverty, hunger, education or gender equality, one of the topics debated during the event, among others.

Cala, a CNN expert, indicated that every year a report is sent to UNDP on the progress made and added that this event will continue to be held every year in the same place.