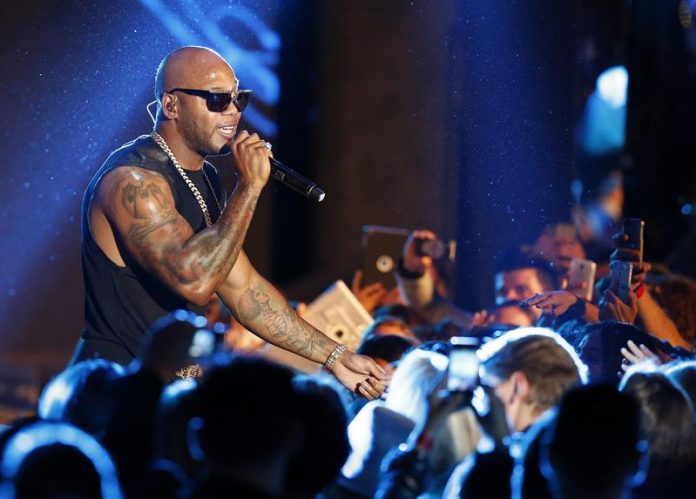 The rapper Flo Rida was “proud” of being able to unite two “different cultures” in his new song, “Hola”, in which he collaborates with the Colombian trap singer Maluma.

“It’s great to unite two different cultures, for me, who was born in Florida, I’m very happy with this collaboration,” the Miami rapper said in a telephone interview with Efe.

The author of hits like “Club Can not Handle Me”, “Wild Ones” or “Whistle” expressed his satisfaction for working with Maluma, a person who “feels a lot of passion for music”.

In the opinion of Tramar Dillard, the true name of the singer, the fusion of styles “is the future”, reason that has led him to make this collaboration with one of the sensations of the current urban genre.

“What matters is that people work together, no matter what,” said the rapper, for whom this work is a sample of how different styles of music can be combined.

The video of “Hello”, which premiered on Thursday, was filmed in Medellin (Colombia), Maluma’s hometown, and was directed by the producer and director of Dominican music videos Jessy Terrero following a formula similar to the global success of Luis Fonsi and Daddy Yankee “Despacito”.

For Flo Ridoa, this recording in the streets of Medellín was “very interesting” and in the process “she had a great time”.

It is not the first time that Flo Rida collaborates with a Latin artist, and as it shows is the theme “Greenlight”, which he published last year with his “great friend” Pitbull.

In “Hello”, Flo Rida borrows the famous phrase “Talk Dirty” by Jason Derulo in which he claims not to need any translation to seduce and have fun with the women, Spanish speakers, who surround him.

In this sense, the singer of Miami, who in Spanish starts to sing the word “Hello” that reigns in the chorus and gives title to the song, said not to fear the language barrier.

“I would not mind singing in Spanish, but what we wanted was to unite two cultures and that music had the power so that people who do not understand Spanish could vibrate with rhythm as well,” he said.

Looking to the future, Flo Rida has in mind two Latin artists to make new collaborations, and although he did not want to give more details, he assured that it could be done “soon”.