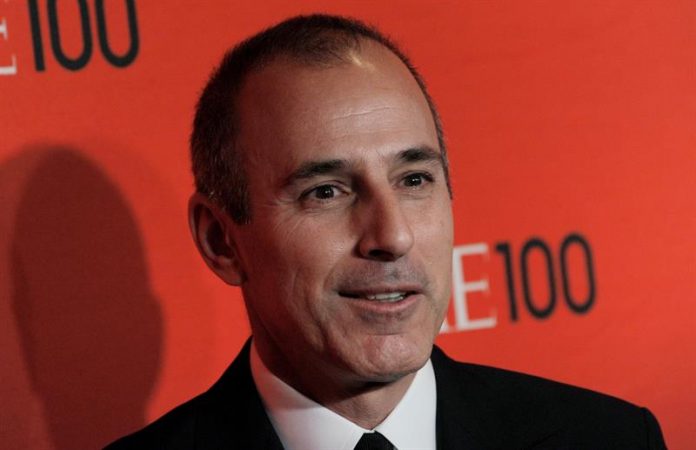 The NBC network announced today that it dismissed one of its main presenters, Matt Lauer, after receiving a complaint of “inappropriate sexual behavior” at the workplace.

Lauer, 59, presented the “Today” program, one of the most important of NBC News, for two decades.

The announcement was made by NBC News President Andrew Lack, who in a message among the employees and broadcast by the network indicated that the complaint was made by a colleague of the unidentified presenter.

Lauer’s behavior, Lack added, represented a “clear violation” of the chain’s behavior standards, adding that although it is the first known case, “there are reasons to believe that it may not have been an isolated incident” .

According to the document, the “detailed complaint” was received on Monday night and, after being thoroughly reviewed, the company decided to terminate the relationship with the “Today” presenter.

“Our highest priority is to create a work environment in which everyone feels safe and secure, and ensure that any action that goes against our core values ​​has consequences, no matter who is responsible,” the message adds.

According to The New York Times, in addition to the case mentioned there have been two other similar situations that were known by NBC this Wednesday, following the first complaint.

One of the additional cases involves an unidentified woman, former employee of the chain and whom, according to the Times, Lauer cited in his office to have sex with her.

The affected woman accepted because she thought that if she refused she would be fired, according to the sources that informed the newspaper.

The case of Lauer is one of those that have been known in recent weeks and affecting representatives of the film industry and the media, in a saga that began after the allegations that affected the Hollywood producer Harvey Weinstein .

Among these cases are the NBC News political commentator Mark Halperin for alleged abuses committed when he was the political director of ABC News, and the journalist of the CBC News and PBS chain Charlie Rose.

Shortly after the case of Lauer was known, President Donald Trump took advantage of it to once again attack the media, to which he usually blames the spread of “fake news” (“false news”).

“Wow, Matt Lauer has just been fired from NBC for ‘inappropriate sexual behavior at work.’ ‘But when will executives from NBC and Comcast be fired for taking out so many False News?” Trump wrote in his personal account. Twitter