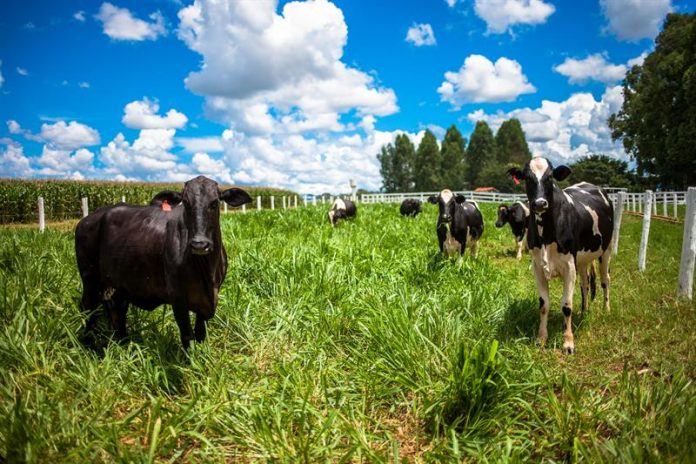 The Hurricane Maria that last September swept Puerto Rico caused losses for agriculture and livestock of more than 2,000 million dollars, about 5,000 dead cows and sectors such as banana and coffee that will take years to recover.

The Secretary of the Department of Agriculture of Puerto Rico, Carlos Flores, told Efe today that the damages were enormous, because although María meant, due to its devastation, a before and an after for the island only two weeks before the effects of hurricane Irma already meant a hard blow for farmers and ranchers.

“Only Irma caused damage to the sector close to 45 million dollars, to which we must add another 200 in Maria,” said the official, after remembering that these figures are limited to crop destruction and death of animals, as there are that add an additional 1,800 million dollars in infrastructure of all kinds in plantations and livestock facilities.

“Ranches, fences, warehouses, refrigerators, everything was destroyed by the hurricanes,” said Flores, for whom a stage of aid distribution is now beginning thanks to the federal funds that will come from the Federal Emergency Management Agency (FEMA) and, mainly, the Department of Agriculture of the United States.

Flores indicated that there are several federal aid programs that can benefit the farmers and ranchers of the Caribbean island.

The Secretary of Agriculture stressed that now the important thing is that agricultural entrepreneurs request federal aid, for which indicated that they will have the help of their agency.

Already 12 million dollars were granted in aid for food for the livestock sector and 8 million for road cleaning, although it is expected that many more will arrive for infrastructures, the part most devastated by the hurricanes.

One of the people who knows more about the damage caused by the hurricanes is the president of the Association of Farmers of Puerto Rico, Héctor Cordero, who told Efe today that the destruction of the countryside and cattle on the island by the Hurricane was total, so right now there is only capacity to produce between 3 and 5% of the food that the population needs.

“Returning to 15% of the food production we had before will take 5 years,” said Cordero, after lamenting the government’s lack of liquidity caused, among other reasons, by the almost total absence of tax collection during the last 2 months, which makes the arrival of state aid difficult.

“We work with what we have,” stressed the president of the agricultural sector, after noting that many farmers and “farmers have hung the gloves” before the difficulty of resuming their activity and a very uphill scenario conditioned, no doubt, by the lack of electricity suffered by many farms scattered throughout the island.

Cordero did not give a figure of farmers and ranchers who have abandoned their activity, but stressed that it is many people, victims of which still more than 2 months later only slightly more than 60% of the generation of electricity has recovered.

As for the large figures, Cordero indicated that if the information provided by the Department of Agriculture of Puerto Rico is complied with, the damage exceeds 2,000 million dollars.

“There are some sectors that could even disappear, such as the chicken ‘parrillero’,” he said, after recalling that 60% of these animals died due to the effects of the hurricane and the rest were slaughtered.

Another major victim was the livestock sector, which said it lost close to 5,000 “heads” of dairy cattle.

The swine, detailed, was much less affected because they are animals that remain in fenced places, which allowed them to die in much smaller numbers.

Cordero insisted on the need to recover electric service, something that affects him as a rancher, who said he had to resort to diesel plants to maintain the activity, with the consequent increase in operational costs.

Plantations of bananas, bananas or coffee, all important crops for the sector on the island, were razed and will take a long time to recover, a minimum of one year so that they can collect some fruit in the case of bananas and 4 years for the coffee.