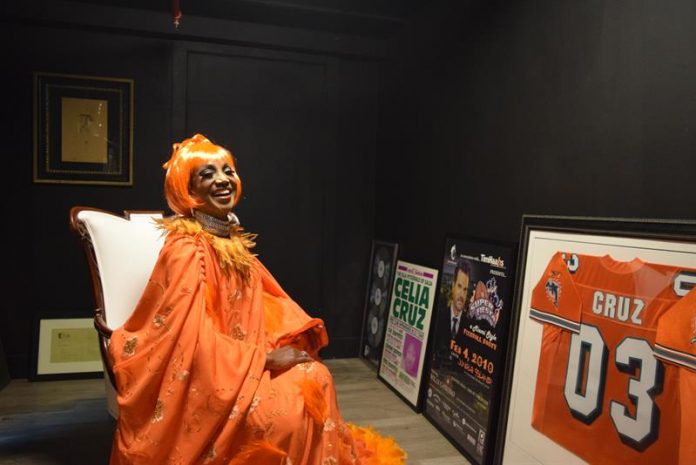 The Cuban singer Lucrecia has been “talking” with her compatriot Celia Cruz for six months and has chosen to speak of her in the present, at least until the curtain of the musical show where she plays “La Guarachera de Cuba” and which premieres in Miami on next December 9.

“Celia, her life, her music, her legend” is a two-hour show that takes place in a single act and that has led Lucrecia, who met the figure in person, to temporarily change her vocal register.

“Since last June I have been talking to her, we have had many conversations and since then I listen to her songs every day,” she said today in an interview with Efe the singer and composer of colored braids, the same ones she is now wearing under an orange wig.

“Celia is unique, what I do is recreate her so that the audience feels close to her when she sings and when she speaks,” she added.

“That’s the beauty of this musical, which is spoken from Celia’s soul, because she tells anecdotes, remembers when she started singing, encounters and disagreements with her father and the support of her mother, so many friends, the events that they marked his life, the moments in Africa with the audience there, “he explained.

“Also the illness he suffered and love with Pedro Knight”, “Algodoncito”, his lifelong companion, he added. 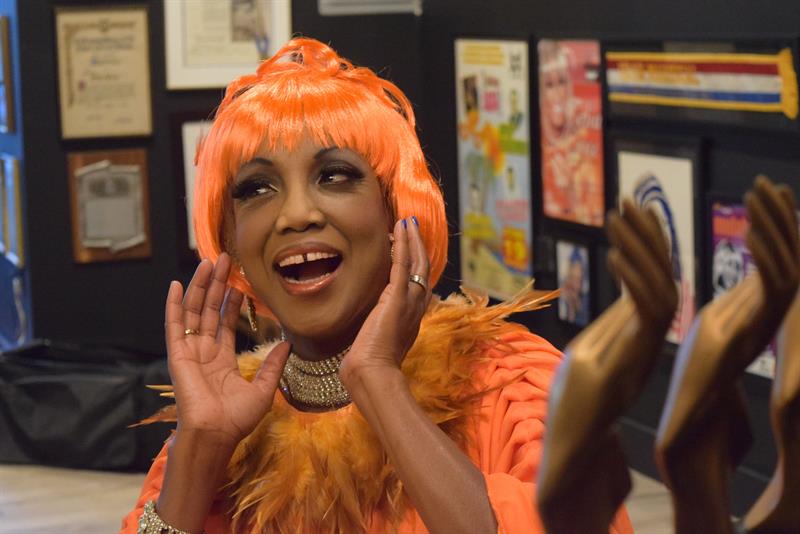 Conceived, written and directed by Jeffry Batista and Gonzalo Rodríguez, the show mixes singing and acting, and will rise to the tables of the Miami County Auditorium on a single date.

It is a review of life and the pentagram of the legendary guarachera that will not leave aside great successes like “Quimbara”, “La negra has tumbao”, “Tu voz”, “Bemba colorá” and “Life is a carnival “, a selection under the musical direction of Braily Ramos.

Lucrecia was “twenty-one” years old when she met Celia Cruz in Mexico in the 1990s.

There they became friends “forever”, because, among other details, the two Cubans had worked, at different times, in the Anacaona feminine orchestra, an entire artistic institution on the island.

That data is one of Lucrecia’s favorites, who tells it with sparkle in her eyes.
“It’s a gift to have her as a friend, as it is also to be able to remember and recreate those moments we live together,” continues the habanera, always in the present tense.
“She loves my colored braids, she loves my musical and personal identity,” she says, referring to who her colleague and friend call.

Very well known in Spain, where she lives, and Latin America for the program produced by Radio and Televisión Española (RTVE) “Lunnis de Leyenda”, which Lucrecia has been starring for 15 years and which, she says, “even in Miami is seen”, for this his life is now divided “between childhood and eternity”.

“Two very different registers It’s one thing to talk to the children and another to speak with that strength and drive of Celia, I do not deny that sometimes the tone towards the childish has gone and I have to search the soul, remember it, go back to tell your anecdotes, “he confessed.

All orange, from head to toe, as it will appear on stage thanks to makeup artist Marcos Meré, Lucrecia has no qualms about offering the interview located on different temporal planes and characterized as Celia Cruz, who died in New Jersey in 2003 without being able to return to his country.

“She has always been in Cuba and will always live there, whether they want it or not,” the composer of film music, including the soundtrack of the multi-award-winning documentary “Balseros” by the Catalan Carles Bosch and Josep María Domènech, is also resounding.

“I speak of her in the present because she is always present, there is not a carnival day at the school on the corner of my house where they do not say ‘Life is a carnival'”, she points out.

But it is not only Celia Cruz who, in a certain way, and in her words, “protects” it.

“That bolero is in my repertoire for life, I went up 14 floors to meet the author, because the elevator that day was broken,” recalls the interpreter.

At his side, between memories of Celia Cruz that the executor of the “Guarachera de Cuba”, the executive producer of the musical, Omer Pardillo, preserves in a place where the interview takes place, rests an image of the Virgin of Charity, patron saint of the Caribbean island.

Lucrecia approaches the virgin to talk more in confidence and at the same time more protected.

It is the first occasion in which the Cuban incarnates in such a great show one of her favorites. He says goodbye to the interview, as usual in his TV show, with “chocolate kisses.”

“Celia, her life, her music, her legend” will be released in Miami but she has confirmed roles in Argentina, Chile, Colombia, Peru and Mexico.