More than fifty flights canceled by protest of pilots in Mexico

More than half a hundred flights have been canceled in the last hours as a result of a protest by Aeromexico pilots for the dismissal of one of their colleagues, the airline said today.

So far, 51 domestic and international flights have been canceled and two more are delayed because a group of pilots led by captain José Manuel Fernández did not show up for work, the company said in a statement.

Pilots protest the dismissal of a colleague “after a long history of misconduct, following the procedures set forth in the collective agreement between the company and the Trade Union Association of Pilots of Aviators of Mexico (ASPA),” he said.

The airline added that this group of pilots “dissidents of ASPA decided to be absent and ignore the call made by the union leadership to avoid affecting passengers.”

For his part, Fernandez explained to the media that the pilots demand the restitution of his partner José Manuel Orduño, who has been absent from work due to health problems, specifically a tumor. 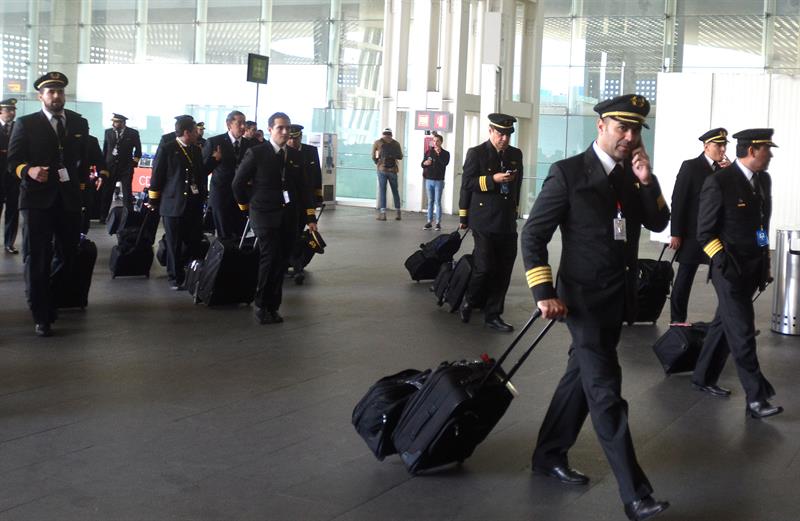 “It is not our intention to affect the public user, but it is in the interest of all that the pilots and crews do not fly ill,” he said from terminal two of the International Airport in Mexico City, where chaos and anger of stranded passengers reigns .

The secretary of Interior of ASPA, Carlos Smith, asked the pilots to normalize the flights, after ensuring that they will defend Orduño “by institutional means”.

Meanwhile, the general director of Civil Aeronautics, Miguel Peláez, demanded that Aeromexico resume operations “immediately” and threatened with sanctions, including “the suspension of pilots’ licenses.”

Aeromexico said it was “working at its maximum capacity to normalize operations as soon as possible” and regretted the inconvenience caused to customers.

Serbian tennis player Novak Djokovic, current champion and world number one, solved his second match at the Australian Open on Wednesday with work, the...

The Noguera brothers, relatives of a Colombian prosecutor and accused of drug trafficking are extradited to the United States

Colombian authorities confirmed this Thursday that brothers Rafael and Enrique Noguera, relatives of a Colombian prosecutor, have been extradited to US territory for alleged...

Weekly applications for unemployment benefits in the US fall by 10,000

Weekly applications for the unemployment benefit fell by 10,000 last week to a total of 245,000, a level that has remained at a record...

The dismantling of the Miami Marlins continues on the fast track after they reached an agreement today with the Cardinals of San Luis for...

With colon cancer, smokers may be less likely to survive

By Lisa Rapaport | (Reuters Health) - Current smokers diagnosed with colorectal cancer are more likely to die from it than former smokers or people...