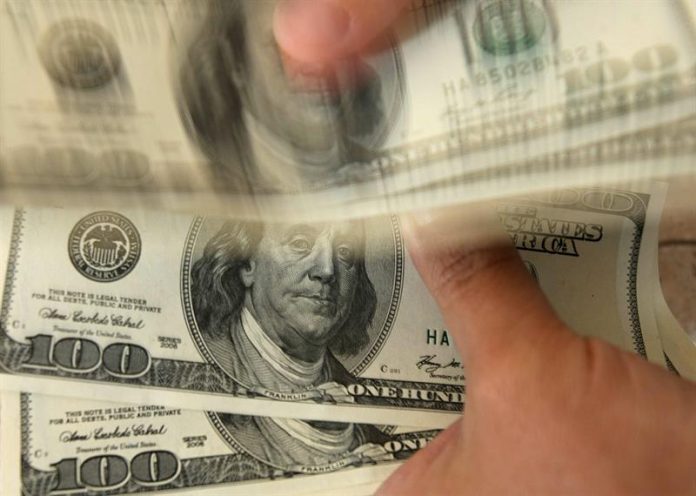 Republican Senator James Lankford today presented the third edition of the report that annually draws up his office in order to find ways to reduce the expense of the Government and representing, in the words of the legislator, “a list of tasks” for next year.

Under the illustrative title of “Federal blunders: a hundred ways in which the Government got an own goal”, this annual study denounces some of the most striking waste of the Administration, as well as providing “a set of ideas” to be able to face the “problem” “of deficit and public debt that the country” still “faces.

“In 2010, our deficit was 1.4 trillion dollars, so great that it began to attract the attention of the entire country, since then, that deficit has been falling every year until 2016, when it began to grow again,” the Republican senator warned. by the state of Oklahoma.

The report figures in 473,600 million dollars the “inefficient and wasteful spending” of the Government, although it points out that it is probably higher.

In order to better control public spending to reduce the tax burden on US taxpayers, Lankford warned that the Administration must face the failures in four major categories: waste, lack of foresight, structural changes and failed efforts.

The legislator was not hesitant to point out some examples of what he considers to be clear cases of disbursement of public funds, such as the loan of 85 million dollars for the construction of a hotel in Afghanistan or the preparation of a study on the arrival of refugees in Afghanistan. Iceland, which cost tens of thousands.

“I understand why the UN may be interested in making this report, but I do not understand why it has to be paid by American taxpayers,” Lankford thought.

The legislator, whose report censures that, for example, in case of natural disasters, public aid is not allocated to places of worship that may have been affected, defended that in order to be able to face “essential expenses” the Government should not waste the money in “not necessary” things.

In addition, Lankford advocated what he called “the taxpayer’s right to know” as a way to avoid obvious cases of waste, such as duplication of functions in different agencies or the misuse of public efforts.

“Every year we denounce the duplicities and every year we face the same duplicities again,” lamented Lankford, who criticized that due to the current bureaucracy “it takes 18 months in something that should take 18 seconds.”

Finally, the legislator said that currently “there are about 15,000 studies and recommendations” prepared by federal institutions that have not been implemented and acknowledged that while the report highlights a hundred ways to curb government waste, there are many other ways to control the public spending.