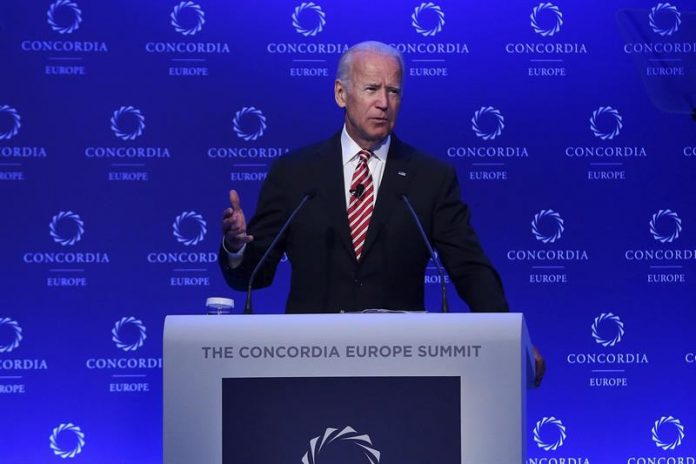 The then vice president of the USA Joe Biden was about to announce his candidacy for the Democratic Party primaries when a man, emerged from the crowd, called his attention to tell him that he had fought in Iraq with his son Beau, recently deceased of cancer.

Biden had a lump in his throat, his breath stopped and his voice broke. He was afraid to burst into tears right there, he thought the audience, a group of military families from Aurora, Colorado, also knew he was about to collapse, so he waved and quickly got into the car.

“That was not the way a presidential candidate should behave in public,” Biden now values.

His words, and that scene, appear in the book “Promise Me, Dad: A Year of Hope, Hardship and Purpose”, published this month and in which Biden talks about the death at the age of 46 of his son Beau for a tumor brain, as well as his decision not to compete against Hillary Clinton in the Democratic primary.

However, Biden, 75, leaves open the door to the Democratic presidential nomination in 2020, for which he already fought unsuccessfully in 1988 and 2008.

“The answer is no, I have no plans to present myself in 2020 (…) What people want me to say is that no, that under no circumstances am I going to present myself.” To say that would be silly, I do not know what will happen inside. of two years, “Biden told NPR public radio this month in a series of interviews to promote his book.

It was his children, Hunter, and especially Beau, who asked his father to take a step forward and opt for the White House: he had plenty of experience in foreign policy, understood the concerns of the middle class and, above all, was capable of to speak from the heart.

The idea of ​​a presidential campaign became, according to Biden, the new goal of his family, a new aspiration to fight and to stay together.

Biden wanted his son Beau, attorney general of Delaware between 2007 and 2015, to go to the governorship of that state and then one day to reach the White House.

“The people of Delaware saw in him what I: Beau Biden, at age 45, was Joe Biden 2.0,” says the vice president with enormous admiration for his son.

But Beau was diagnosed with cancer in the summer of 2013 and the family tried all kinds of treatments. He died on May 30, 2015 at a military hospital in Maryland, just outside of Washington.

“It will not recover,” the doctors said. Those were the four words “most devastating” that Biden has heard in his life, and yet the vice president kept hope burning, thinking that perhaps things would turn out better than, in the end, they did.

Biden is no stranger to the tragedy. He lost his first wife, Neilia Hunter, and his one-year-old daughter, Naomi, in a traffic accident at Christmas of 1972.

He knew that punishment “is a process that does not respect schedules” and does not understand primary, debates or presidential candidacies. “I would be ready when I was ready, if I was ever ready and not before, I had no idea when that might happen,” Biden writes.

It took months to make a decision and, on several occasions, the then president Barack Obama asked about his intentions and came to express concern about the possibility that the primaries would end up dividing the Democrats to favor the triumph of a Republican, as it finally happened. .

“If I could name someone to be my president for the next eight years, it would be you, Joe,” Obama said.

Accompanied by Obama and his wife, Jill, Biden announced on October 21, 2015 that he would not seek the presidential candidacy.

“I knew I had made the right decision when I entered the White House Rose Garden with Jill on one side and with Barack on the other side to explain that I could not make the necessary commitment needed to compete in an election. exhausted, “he recalls.

Biden now looks to the future. He divides his time between university education and a foundation with his name, created for the fight against cancer, the prevention of sexual aggressions, the support to families of the military and the promotion of education.

He says, however, that he still feels the “duty” to do to the United States. and to the world a better place and that feeling, so linked to his identity, gives hope and meaning to his life.

Who knows if duty will knock on the door again in 2020.