New York participated one more year today in the traditional Thanksgiving Day parade, a custom that dates back to 1924 and that this time was surrounded by special security measures.

The parade, organized by the Macy’s commercial chain, toured streets in the center of the island of Manhattan and was expected to be followed along the route by 3.5 million people, with more than 8,000 participants.

During the march there were seventeen huge balloons with characters from children’s films and television series, as well as dozens of allegorical floats and bands.

The celebration, on a cold morning, took place in the midst of special security measures for the recent terrorist attack in New York, on October 31, and the shooting of a crowd in Las Vegas, on October 1. 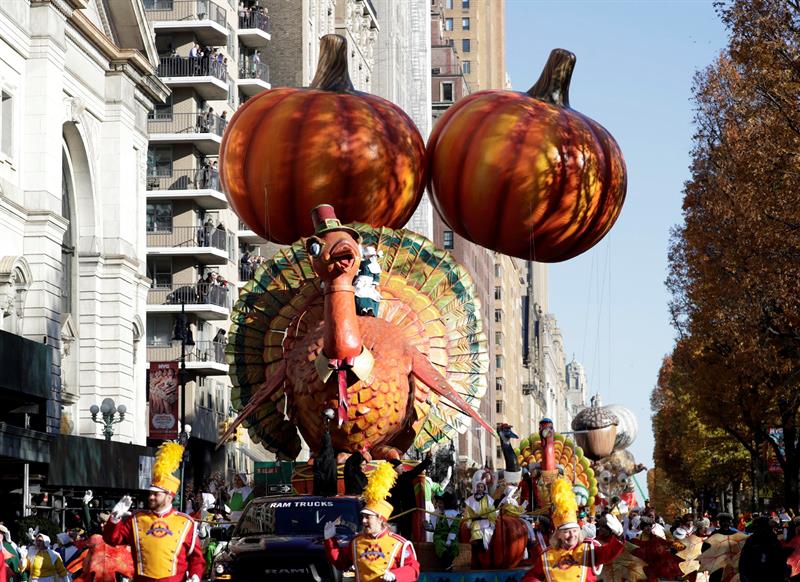 The special security included the deployment along the route of 81 trucks filled with sand to prevent attacks such as the one on October 31, when an Uzbek immigrant sympathetic to Islamic terrorism ran over dozens of people, leaving eight people dead and twelve injured. .

Snipers were also placed on roofs of buildings and special units to detect possible explosives.

The authorities said that the special security measures are not linked to any specific threat against the city.

Since this Thanksgiving Day parade began, it was only interrupted between 1942 and 1945 by World War II. Although in the first years animals from the city’s zoo came to participate, the custom of balloons began in 1927.

The United States breaks a new record of daily cases with more than 227,000 infections The new coronavirus pandemic has registered more than 678,000 new...

Ariana Grande will publish her new album, “thank u, next” on February 8

Pop star Ariana Grande announced today on her official Instagram account that her new album, "thank u, next", will be published on February 8. This...

The Attorney General of Texas, Ken Paxton, has announced that he has filed a lawsuit with the US Supreme Court to challenge the results...

The Haitian National Police has declared a state of emergency from this Friday until February 15 due to the wave of protests called by...