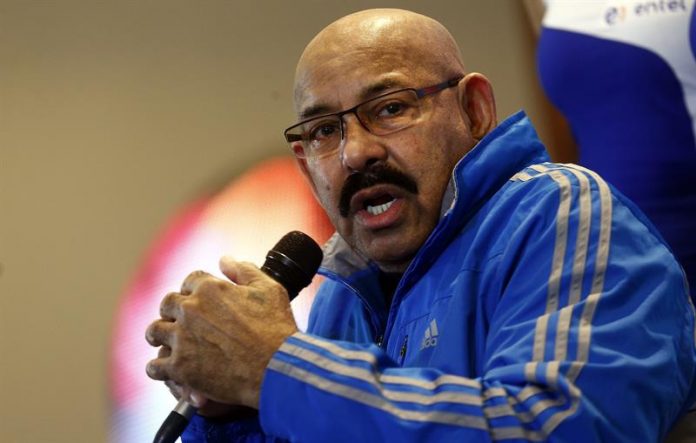 Venezuelan singer Oscar D’León returns to New York, where he has performed for four decades, for a concert next Saturday that will please his followers with the obligatory songs of his repertoire.

“Being present in New York gives global relevance to any artist, I’ve been there for forty years and I should not neglect the place,” said the interpreter, who started his career in his country in 1972 with the founding of the Latin Dimension group.

The Venezuelan, settled twenty years ago in Miami, returns after two years to the stage of the Lehman Center for the Performing Arts in the Bronx, which has become a home for salsa after the absence of major concerts of that genre at Madison Square Garden, where he was always present with stars like Celia Cruz or the Fania Stars.

The “salsa giant” always says he is ready to please his fans who come from all over the theater with hits such as “Llorarás”, “Mi bajo y yo”, “Yo quiero”, “Sorceress”, “Detalles” or “Calculator”, despite having recorded countless songs contained in more than 50 albums.

“It’s not a concert to sing the songs on the big band album, which is a collection record that will always be valid,” he said, referring to his most recent production “Clásicos de Big Band” in which he recorded hits like “New York , New York “in Spanish or” Fly Me to the Moon “in English, which were famous in the voice of Frank Sinatra, or” Cachito mío “, which was also recorded by Nat King Cole.

He indicated that although he has chosen songs for a next album he has not yet set a date, in a market where reggaeton continues to have a great presence.

The sonero also said that in his concerts he enjoys pleasing his fans with themes from their countries such as “En mi Viejo San Juan” for Puerto Ricans, “Son de la Loma” for Cubans or “Juanita Morey” for Dominicans.

He indicated that the year that is about to conclude “has been a bit slow” (of concerts) due to the “negative things” that have been happening, economic problems or the trajectory of the reggaeton “that also makes a dent” in salsa, which other salseros have also pointed out.

However, D’León, one of the most popular artists in tropical music, remembers that he recorded his song “Llorarás” with Puerto Rican reggaeton singer Tego Calderón in that genre.

“I’m not against reggaeton because it’s music, I’ve recorded reggaeton with Tego and so many others”, an experience he says he would repeat at the same time that he regrets that salsa “is at a disadvantage” before a genre that holds a young market captive.

The artist hopes that 2018 will bring a better stage for salsa, that the situation in his country will improve and that terrorism will come to an end.

“There are many people doing things that terrify,” he said.