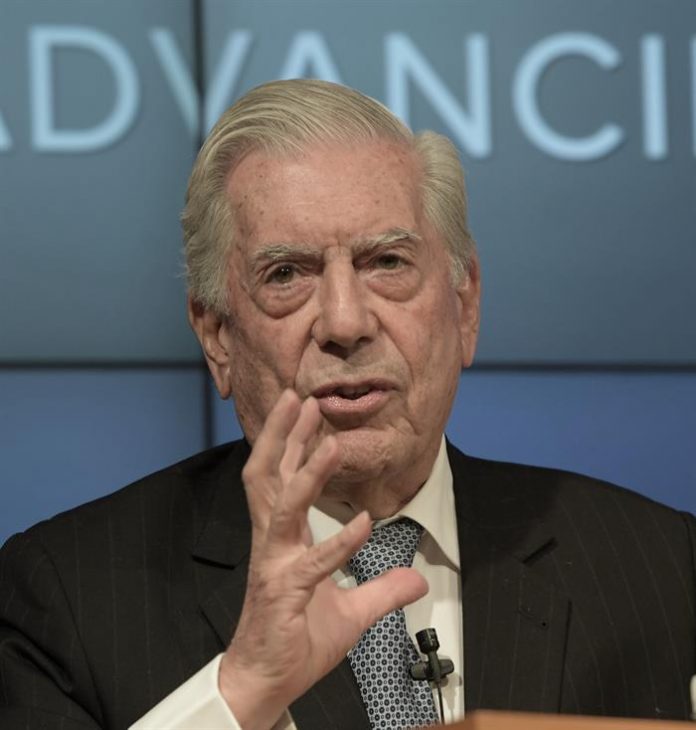 The Nobel Prize for Literature in 2010, Mario Vargas Llosa, affirmed today that populism is “a disease” before which “no democracy is vaccinated” and wears the mask of the right and the left, commenting on the “brexit” in the United Kingdom or the victory of Donald Trump.

“Populism is a type of disease that affects the democratic system.

Sacrifice the future of a country by a transitory present, “said Vargas Llosa during a conference at the Cato Institute in Washington, introducing the book” The outbreak of populism. ”

The Spanish-Peruvian author of “Pantaleón y las visitadoras” and “Conversación en La Catedral” stressed that it is especially complicated to deal with since it generates “confusion” when presenting a “fiction as real” and having a great capacity for adaptation.

“Sometimes he puts on the mask on the right, sometimes on the left, it can affect young democracies and established democracies,” he said at an event in which he was accompanied by his son, Álvaro, editor of the book and one of the collaborators, Gabriela Calderón

In particular, he referred to the vote in the United Kingdom in favor of the departure of the European Union (EU) known as “brexit” or the Catalan independence movement in Spain.

Vargas Llosa, 81, was astonished by the “grotesque demagoguery” of the “Brexit” defenders and criticized the “pro-independence” process in Catalonia as “absurd and insane”.

“There is no country that is vaccinated against this type of fiction.

And see that I enjoy nothing more than a good persuasive fiction in literature.

But in politics, populism is extremely dangerous, “he said, vehemently criticizing” the Venezuelan catastrophe “that in his opinion began the late Hugo Chávez.

Even in the US it is present, according to Vargas Llosa, who pointed out the symptoms shown by the electoral campaign and the first months of the government of President Donald Trump, who, like all populists, has invented “enemies”.

“The Mexicans, the Chinese take advantage of us,” said the writer, citing the threats made by Trump for the future of the United States.