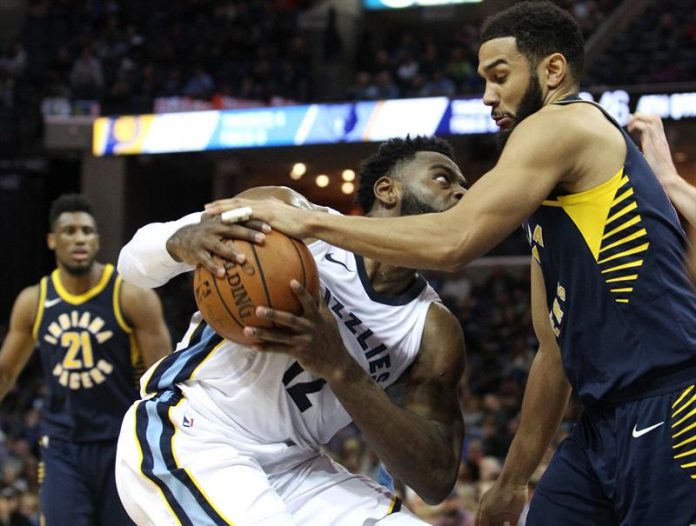 Base Darren Collison flashed his best individual performance of the season with 30 points that allowed the Indiana Pacers to beat the Memphis Grizzlies 113-116, who lost the third straight game.

The Pacers, who also had the support of guard-forward Victor Oladipo by scoring 21 points, built a wide lead in the first half and that helped keep them the rest of the game, even though the Grizzlies fought until the last second to get the comeback.

Collison, who also distributed eight assists, shined in a special way in the personnel shots to score the 12 shots he made.

While he hit with 8 of 13 on field goals and 2 of 4 from outside the perimeter.

The Croatian guard Bojan Bogdanovic also excelled to get 16 points, including the triple that broke the inspiration of the Grizzlies encestadora that in the fourth period overcome a disadvantage of 17 goals after having partial 10-0 (98-105).

The Grizzlies (7-7) had in the Spanish center Marc Gasol the undisputed leader who fought until the last second in search of completing the comeback that in the end was not possible.

With nine seconds to go and after getting possession of the ball after reviewing a play in which the Pacers put out, the Grizzlies gave it to Gasol who tried a triple without being able to score with three seconds left for the final.

The failure did not prevent Gasol from being the great figure of the match by getting a double-double of 35 points and 13 rebounds in the 39 minutes he played.

The player of Sant Boi was a wall inside the painting when capturing 11 defensive rebounds, besides putting five blocks, he distributed five assists, he lost two balls and only committed a personal foul.

The Grizzlies finally felt the absences due to injury to the starting guard, injured in the left Achilles tendon, Mike Conley, and his place was covered by Mario Chambers, who achieved eight points, after failing the four shots he made from outside the perimeter, and distributed six assists.