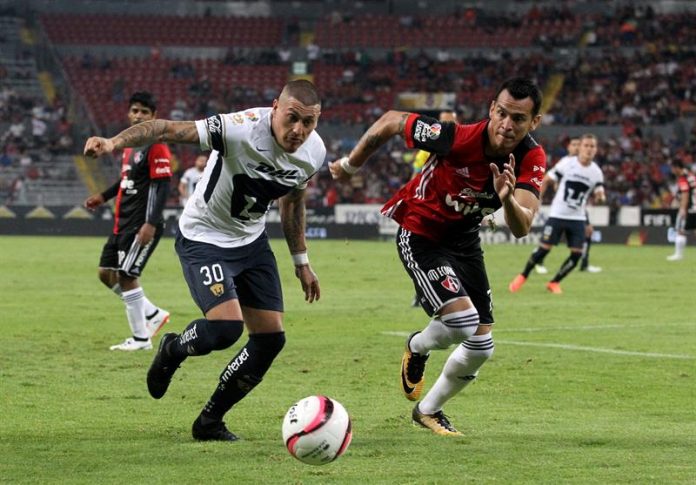 Chilean striker Nicolás Castillo, of the Pumas de la UNAM of Mexican soccer, will have an operation on his right ankle in Portugal and will return the field with his team for the start of the 2018 Clausura, the club said on Wednesday.

Through a statement, the National University Club reported that Castillo will undergo “an arthroscopy in the right ankle this Thursday in Porto, Portugal” and it is estimated that his recovery time will be four to five weeks.

The Pumas indicated that the scorer will be operated by Dr. Niek Van Dijk and will be ready for the start of the 2018 Clausura that will start in the first week of January.

The former player of the Catholic University of his country suffered from his right ankle on October 1 in the match his team lost 1-4 to Cruz Azul, their first match since September 13.

In the current Apertura, in which his team moves in the last place, in a classification of 18 teams, Castillo, 24 years, participated in nine games, eight as a starter, in which he scored five goals and was expelled once .