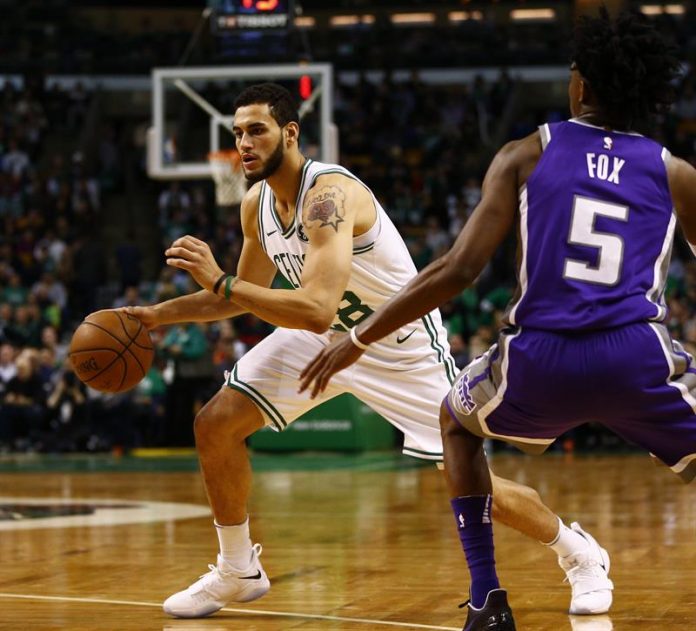 The Boston Celtics continue to be unstoppable after winning the eighth consecutive victory, the best in this new season of the NBA, by beating home Orlando Magic (88-104).

Meanwhile, the Houston Rockets star guard, James Harden, lived his best professional shooting night when he reached 56 points, with which he helped his team achieve the third consecutive win, which consolidates them leaders in the Western Conference. .

The Timberwolves of Minnesota, with their fifth straight win, and the Spurs, were also victorious in a day marked by mourning for the 26 people killed in a church in the town of Sutherland (Texas), near San Antonio.

The negative surprises were given by the Cleveland Cavaliers who lost the third consecutive game in their field and the Oklahoma City Thunder that also failed to overcome the division duel against the Portland Trail Blazers.

The forward Jaylen Brown scored 18 points and the center Al Horford got a double-double of 14 points and 10 rebounds that were decisive in the victory of the Celtics, leaders of the Eastern Conference.

The Magic (6-4), who shared with the Celtics the best record of the season in the NBA until last Friday, accumulate two consecutive losses.

Harden, in turn was the leader of the Rockets who prevailed by 137-110 to the Utah Jazz.

The Rockets franchise player (8-3), who has the best record in the Western Conference, played 35 minutes and scored 19 of 25 field goals, including 7 of 8 triples, and 11 of 12 from the personnel line.

Harden also shined in the direction of the attack to get a double-double after distributing 13 assists, capture two rebounds.

He also recovered two balls and lost another seven, being his only stain throughout the game.

By the end of the first quarter, Harden already had 22 touchdowns, and he also stayed within a point of tying the Rockets’ top scorer in a game, which is held by Calvin Murphy with 57 goals.

The Rockets star had the opportunity to have beaten him for not having failed the last three shots to basket he made before leaving the track of Toyota Center.

Another triumphant team in the Western Conference were the Minnesota Timberwolves who won 112-94 over the Charlotte Hornets after receiving support from Canadian forward Andrew Wiggins, who contributed 20 points and topped a list of six players who had numbers of two. digits

The base Jeff Teague achieved a double-double of 18 points, 12 assists and five rebounds that also contributed to the triumph of the Timberwolves (7-3), fifth consecutive, which allows them to remain outstanding at the head of the Northwest Division.

While the Spurs beat by 112-95 to the Phoenix Suns and achieved the second consecutive win.

The power forward LaMarcus Aldridge contributed 21 points, which left him in charge of the balanced attack of the Spurs (6-4) that share with the Grizzlies of Memphis, the second place in the Southwest Division.

The Spurs won the third quarter by 21 points, the biggest difference they have made in that period since 2012.

The guard Bradley Beal contributed 38 points, forward Otto Porter Jr. scored 19 in the meeting that the Washington Wizards won at home (96-107) to the Toronto Raptors, despite the absence of his stellar setter John Wall.

German baseman Dennis Schroeder claimed his status as the new leader of the decimated Hawks by scoring 28 points that allowed his team to beat the Cavs 115-117 at home and break a streak of eight consecutive losses.

The Cavaliers (4-6), who lost to power forward Kevin Love, who had to be hospitalized due to a health problem that was generated in the third period, but that the team did not specify, suffered the third consecutive defeat in his field of the Quicken Loans Arena.

The base Damian Lillard contributed a double-double of 36 points and 13 assists and Bosnian center Jusuf Nurkic added 25 points that helped the Trail Blazers to win 103-99 to the Thunder, who played almost the entire second half without the forward Carmelo Anthony, expelled for double technical fault.

Nor the Grizzlies could with the Los Angeles Lakers that won 107-102 and achieved the third victory in the last four games played.

In other results of the day, New York won 108-101 to Indiana, thanks to the 40 points of the Latvian power forward Kristaps Porzingis, who helped them overcome 18 points of disadvantage, while the Miami Heat won at home 101 -104 to the Clippers of Los Angeles.