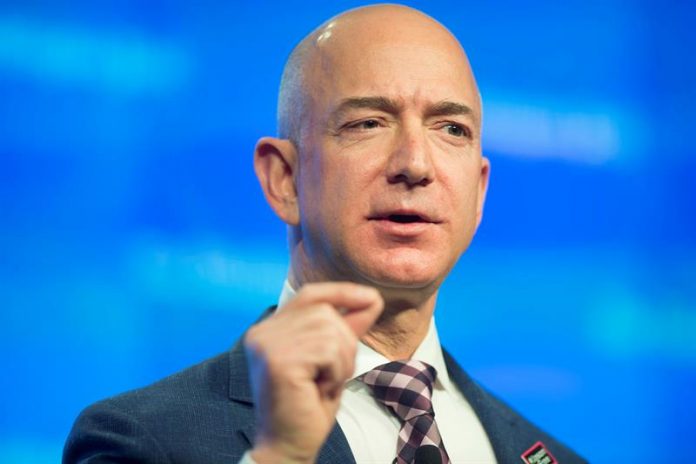 The electronic commerce giant Amazon, the Warner Bros. studio and the heirs of the writer J.R.R. Tolkien have begun negotiations to develop a possible television series about the universe of “The Lord of the Rings”, reported today the specialized media Variety.

The CEO of Amazon, Jeff Bezos, would be involved in these conversations that are still at a very early stage of their development.

Warner Bros., the studio that brought the trilogy of “The Lord of the Rings” to the big screen with great success, and the heirs of Tolkien have tested different companies about a possible series and in that auction Amazon figures as the favorite for now.

However, the specialized portal Deadline said that Netflix and HBO have also been surveyed.

This same medium noted that the agreement only for the rights of the novels, without counting the costs of development and production of the television show, could be between 200 and 250 million dollars.

The extraordinary magnitude of the hypothetical project has made that HBO, which already has its own blockbuster “Game of Thrones”, has departed at the beginning of the bid.

Composed by the films “The Fellowship of the Ring” (2001), “The Two Towers” (2002) and “The Return of the King” (2003), the film trilogy of “The Lord of the Rings”, directed by Peter Jackson, was a tremendous success of critics and audiences and raised around the world 2,912 million dollars, according to the specialized website Box Office Mojo.

In addition, “The Lord of the Rings: The Return of the King” won eleven Oscars, with which he matched the record of awards from the Hollywood Academy for a single film that featured “Ben-Hur” (1959) and “Titanic” “(1997).

The subsequent trilogy on “The Hobbit” did not reach the enthusiasm of the first series but also worked very well at the box office to enter a total of 2,935 million.

A series of “The Lord of the Rings” would be a huge bet and it would make sense for Amazon if Bezos, as has been known recently, is trying to give a helm to his television plot.

Amazon has achieved success among critics with series such as “Transparent” or “Mozart in the Jungle”, but has not yet found its great product for the masses in the style of “Game of Thrones”.

In addition, Amazon Studios is going through a very delicate moment after its president, Roy Price, resigned in mid-October after hearing the accusations of sexual harassment against him.