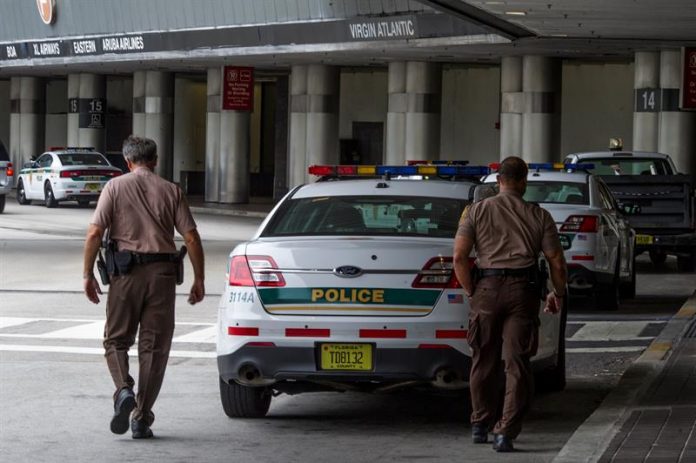 A man slipped through the baggage carousel of the Miami International Airport and reached the runway of the airfield, where he was arrested by local police, reports the Miami Herald.

The event, which occurred on Saturday, was recorded by several videos, in which the individual is seen simulating talking on the phone to jump to the baggage belt to access a restricted area of the airport.

Subsequently, the man was chased by a large group of airport employees and arrested by the police, as reflected in another video to which the local newspaper had access.

The airport indicated that this event is still under investigation and about which the local police has not yet given details, including the name of the detainee and his motivation to access the runway of the aerodrome.