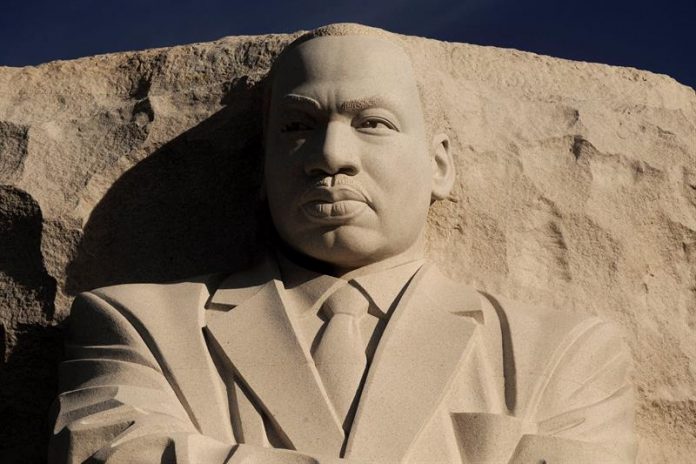 The latest batch of declassified files on the assassination of John F. Kennedy contains details on the methods of surveillance of the CIA in Mexico half a century ago and a report in which the FBI accuses the Reverend Martin Luther King of communism and committing “aberrations sexual. ”

According to several media reports today, the US National Archives This Friday they published 676 documents of the CIA and other official reports so far confidential, following the orders of President Donald Trump to progressively disseminate the still secret files on the death of Kennedy in 1963.

Among them is a document without any apparent connection to the president’s murder: a 23-page report in which the FBI analyzes the profile of Martin Luther King and which is dated March 12, 1968, three weeks before the murder of that famous leader of the civil rights movement in the US

There is no mention of Kennedy in the dossier on Luther King, and it is not clear why he is among the documents on the president or why it has taken almost half a century to come to light.

“During the following years and until now, King has continued committing these sexual aberrations in secret, while in public he presented himself as a moral leader of religious convictions,” the FBI states in his report.

The document also accuses King of having had an illegitimate daughter with the wife of a Californian dentist with whom he had “an illicit affair since 1962”, and having had extramarital affairs with three other women, among them the folk singer Joan Baez .

In addition, the FBI defines the Nobel Peace Prize as a “Marxist at heart” who secretly supported communism and surrounded himself with advisers who had ties to that party in the United States.

One of the subjects on which historians hoped to learn more about the disclosure of secret files about Kennedy was the visit to Mexico of the presumed assassin of the president, Lee Harvey Oswald, six weeks before the infamous event.

It was known that, during that visit, Oswald visited the embassies of Cuba and the Soviet Union in the Mexican capital and a new cable reveals the type of surveillance system that the CIA had installed in those diplomatic missions.

The American intelligence agency had, at least in the Soviet embassy, ​​”multiple lines of telephone pinched, three places from which to photograph, a mobile surveillance equipment and an operation to intercept the mail,” according to one document.

During his visit, Oswald tried unsuccessfully to obtain a visa to return to the Soviet Union through Cuba and spoke to the Soviet consul, Valeriy Kostikov, who according to the CIA was a KGB assassin.

The documents reflect the concern of the CIA and the FBI over the possibility that the Soviet Union or Cuba had orchestrated the assassination of Kennedy, something that the then Secretary of State for Inter-American Affairs, Thomas Mann, was convinced of.

A 1964 document indicates that Mann “still has ‘the intuition’ that (the then Cuban president, Fidel) Castro hired Oswald to kill Kennedy,” but that the Warren commission, charged with investigating the murder, had not “been able to get any proof of that. ”

Another CIA report in 1975 says that suspicions that Oswald might have some connection with that intelligence agency, which some conspiracy theorists accuse of orchestrating Kennedy’s assassination, are “totally unfounded.”