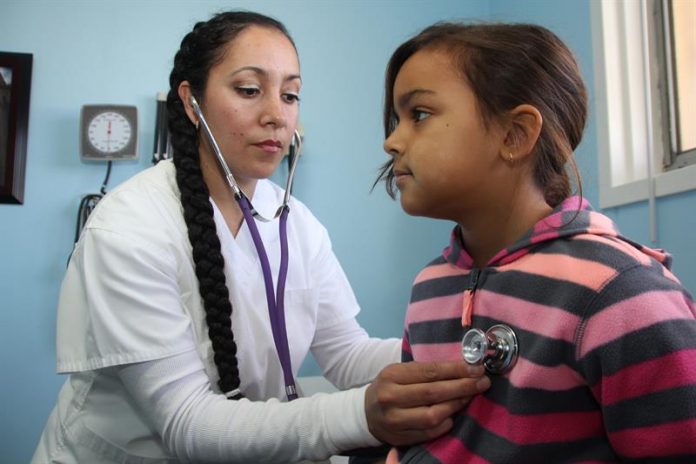 Despite the shortage of health personnel in the country, Latino students and professionals in these areas will not be able to help solve this problem if Congress does not approve a law that gives them a permanent immigration status after the closing of Deferred Action (DACA). ).

According to United We Dream (UWD), an association in defense of undocumented youth who came to the country as minors, a good number of medical students and doctors covered by DACA will see their desires disappear to help solve this situation of lack of medical staff.

Even the Mexican Yasmín Irazoqui-Ruiz, a medical student at the University of New Mexico, decided to suspend a semester of her career to join UWD. “What nation wants to take out qualified, bilingual people who are given everything?” He asks.

“That does not make sense, they are risking the lives of patients,” he warned.
The Association of American Medical Colleges (AAMC) predicts that in the next decade there will be a deficit of health professionals of between 40,800 and 104,900.

The worry is real. Says Dr. Darrell G. Kirch, president of AAMC, who already warned that, “as the patient population continues to grow and age, it should start to train more doctors if you want to meet the health care needs of all Americans. ”

Irazoqui-Ruiz, 25, lamented the irony that at a time when more students are being sought, President Donald Trump’s government decided to leave these young people who consider themselves Americans “without the opportunity to announce the end of September.” DACA.

The deadline is March 5, 2018, date that serves as an ultimatum for Congress to pass legislation to regularize the situation of these undocumented youth, many of whom were left without the protection before a hypothetical deportation involving DACA.

“The training of a medical student costs about one million dollars, the investment of universities, hospitals and ourselves will be lost,” says Irazoqui-Ruiz, adding that “whoever is losing the most is the country”.

The Mexican arrived with three years with her twin sister and her mother, in a tour that also lived his compatriot Denisse Rojas.

This young woman came to California when she was a year and a half old. His lack of legal status has closed many doors, but, like thousands of “dreamers”, decided to bring to light their struggle and created Pre-Health Dreamers, an organization that brings together 800 members in 42 states.

“We can not give up,” is his motto.
But not only students are at risk of losing everything.

Professionals covered by DACA and already working in this sector of health will have to leave their posts gradually in the next two years, when their temporary work and residence permit expires.

Such is the case of Luis Aguilar, a cardiovascular intensive care nurse who works in Kansas City.

Although this 29-year-old Mexican was able to complete his studies while undocumented, he knows that in order to practice his profession he needs a legal status.

“I’m part of a team of nurses who travel throughout the country covering urgent needs in hospitals that do not have enough staff,” Aguilar said.

The immigrant has been able to verify the lack of nurses and doctors in the country during these trips: “There are times when you can not go to rest because there is no replacement”.

Aguilar was one of the 150,000 favored in renewing the work permit, out of a total of 690,000 covered by the program, but he knows that his career is against the clock.

“I only ask the government to act and do it quickly, I have accumulated a lot of experience and I think it is unfair that it is lost,” he lamented.

For his part, Irazoqui-Ruiz, who will begin his third year of university in January, will continue to press Congress to approve the long-awaited legislation.
“My permit ends in September 2019, and I will graduate in May of 2020. I hope that for that time the struggle was worth it,” he prefers.