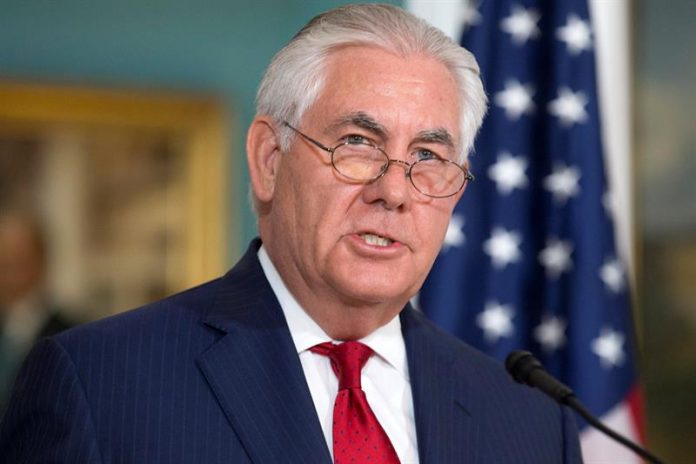 In the absence of the appropriate approval of Congress, the Government pledged today to allocate 60 million dollars for the fight against terrorism in the Sahel region, where in recent weeks the presence of various Islamist groups has multiplied.

“To defeat terrorism, we must ensure that terrorist organizations do not have safe havens in any continent,” Secretary of State Rex Tillerson said in a statement.

The funds will go to the five sub-Saharan countries grouped in the so-called “G5 of the Sahel” – Mauritania, Mali, Niger, Chad and Burkina Faso – that work together in the control of migratory flows at the southern borders of Libya. .

The announcement comes just ten days after the jihadist group Abu Walid el Saharawi, affiliated with the Islamic State (IS), claimed an attack on a Gendarmerie base in the Tillabéry region, near the border with Mali, in the that a dozen members of the local Forces of Order died.

Likewise, it should be noted that at the beginning of October a terrorist commando of Al Qaeda in the Islamic Maghreb (AQIM), according to Pentagon sources, ambushed a mixed military patrol of the US and Niger in the Tonga-Tonga locality, Ouallam department. action in which nine soldiers died, four of them Americans.

If confirmed, this would mean that the territory of Niger is now the target of jihadist attacks from three fronts: the southeast, often hit by Boko Haram, which attacks from Nigeria; and the two fronts arrived from the neighbor of Mali, on the one hand the groups loyal to the IS and, on the other, those that obey AQIM.

Tillerson, who will not be able to attend a meeting that will take place today at the United Nations aimed at addressing the growing insecurity situation in the region, said he had asked the US ambassador before the international organization, Nikki Haley, to transmit to her partners their “total commitment”.

“This is a fight that we must win and these funds will play a key role in achieving this goal,” said the head of US diplomacy.