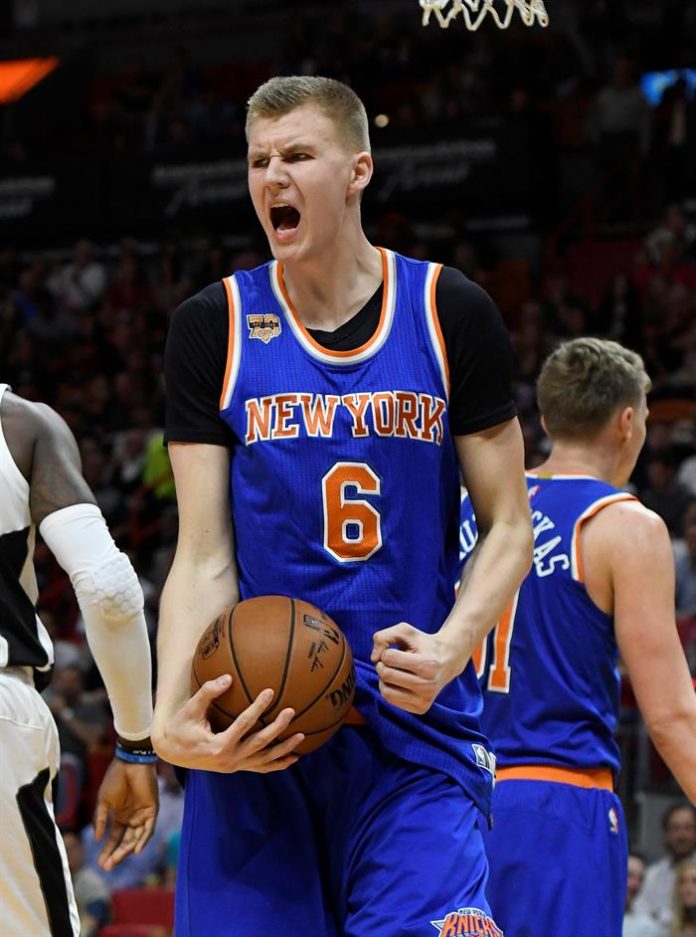 Guard Tim Hardaway Junior and Latvian power forward Kristaps combined to score 66 points and the New York Knicks beat the devalued Cleveland Cavaliers 114-95 in what was their third consecutive defeat.

Hardaway was the leading scorer with 34 points after scoring 11 of 19 field goals, 5 of 10 of triples, and 7 of 8 from the line of personnel, in addition to distributing eight assists.

Porzingis led the indoor and outdoor game with a double-double of 32 points, 12 rebounds – 11 were defensive – and put two plugs.

While the Swiss center Enes Kanter was also decisive in the inside game by providing a double-double of 18 points and 12 rebounds.

Courtney guard Courtney completed the list of the three Knicks players who had double-digit numbers with 15 points, 10 rebounds and three assists.
The Knicks (2-3), who won the second straight game, finished the game with 51 rebounds for 41 that the Cavaliers had.

The Spanish pivot Willy Hernangómez did not go to the track of the Quicken Loans Arena by decision of the trainer of the Knicks, Jeff Hornacek.

The power forward Kevin Love with double-double of 22 points and 11 rebounds was the best player of the Cavaliers (3-4), who have losing marks for the first time so far this season after having been defeated in four of the last five games they have played.

The Cavaliers have lost to the Orlando Magic, Brooklyn Nets, New Orleans Pelicans and Knicks, who endured the reaction of the current Eastern Conference champions when in the fourth quarter they reduced a disadvantage of 19 points to six, but in the end they were again overcome by the New York team.

Star forward LeBron James, who has downplayed the poor performance the team has had so far, also achieved a double-double of 16 points, 10 rebounds and seven assists that did not prevent defeat, which leaves the Cavaliers tenth the Eastern Conference classification.

The Spanish baseman José Manuel Calderón came out two minutes as a reserve for the Cavaliers and gave an assist, without having more statistical activity.