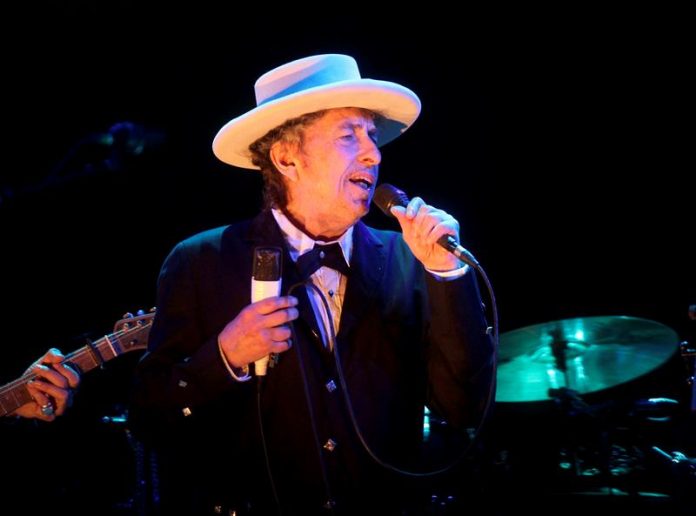 The Christian stage of Bob Dylan, one of the most mysterious and peculiar periods of his career, centers his new release of rarities and unpublished songs “Trouble No More”, volume number 13 of his acclaimed “The Bootleg Series”.

A hundred songs, including hitherto unpublished songs, demos, essays and live recordings, compose a mammoth pack of eight discs plus a DVD that dives in his work between 1979 and 1981, when Dylan converted to Christianity and brought his faith to the stage with the conviction and enthusiasm of a true preacher.

The followers and scholars of Dylan, authentic specialists in deciphering and exploring every inch of his career, often talk about the Christian years of the musician when dealing with albums “Slow Train Coming” (1979), “Saved” (1980) and “Shot of Love” (1981).

After establishing itself in the 60s as an emblem of folk and protest song and later causing a commotion by electrifying its sound and bringing it closer to rock, Dylan’s 70s oscillated between notable skids and some superb works such as “Blood on the Tracks” “(1975) or” Desire “(1976).

However, Dylan left practically all his fans offside when he released “Slow Train Coming” in 1979, an album in which the musician of Jewish origin manifested an open heart to his conversion to Christianity and in which faith was the amazing narrative engine of all songs.

This unexpected creative and spiritual movement was not, however, very well received.

“I was a bit disappointed, I wanted to listen to rock and roll and I heard Bob Dylan singing gospel, I did not come here to listen to sermons, (for that) I could have gone to church,” says one of his disgruntled fans in the documentary “Trouble No More “, which is part of this new record release.

The truth is that gospel and blues filtered into the intense rock that Dylan proposed in those years, in which his powerful concerts were tinged with mysticism with themes that spoke directly, without detours or elaborate metaphors, of the faith , salvation, sin, redemption, temptations and encounters with God.

Thus, “Trouble No More” presents new cuts or different interpretations of songs like “Gotta Serve Somebody”, “When You Gonna Wake Up?” or “Precious Angel” that would not be out of place in a rock-like mass.

It also contains fourteen songs that had not been published so far, although some had had an informal distribution among their fans, such as “Is not Gonna Go to Hell for Anybody” or “Jesus is the One”.

One of the juiciest aspects of “Trouble No More” is the homonymous documentary directed by Jennifer Lebeau and that intersperses footage never seen of his concerts in 1980 with fragments recorded today with the actor Michael Shannon, who puts himself in the shoes of a priest in full homily to provide the religious context in which Dylan moved in those times.

However, what most attracts the attention of the live DVD is the enormous devotion and spiritual ardor of Dylan on stage, completely committed to his new Christian faith and surrounded by a flawless band and a female choir, in a clear reference to gospel , to try to spread the gospel through rock.

“Trouble No More” will go on sale next Friday, November 3 and, in addition to the full edition of eight albums plus DVD, will also be available through a more modest and accessible version of only two albums.