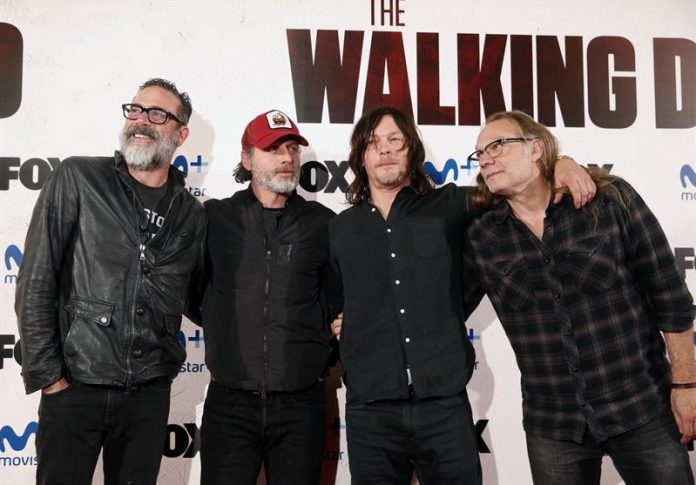 There is no doubt that “The Walking Dead” is still one of the television series star, but after seven seasons and with the eighth on the verge of starting this Sunday, AMC zombies are giving signs of boredom that, however , will not affect the plans of the chain.

The end of last season, a 90-minute episode entitled “The First Day Of The Rest Of Your Life” and which saw the death of one of the protagonists, gathered 11.3 million viewers on April 2, a 20 percent less than at the conclusion of the sixth season, when Negan ended the life of one of the characters without revealing his identity.

Seventh-season audience data was the third lowest in the series, behind only 5.97 million viewers averaged in the first season and 8.99 million in the second, according to data from the consultant Nielsen.

But in reality, none of this matters since “The Walking Dead” has such a big advantage over its immediate pursuers that, even if the decline continues unabated, there is plenty of room to continue to benefit the channel.

In the 18-49-year-old population-centered demographic, the series is hugely overrated by competitors such as “The Big Bang Theory”, “Empire”, “This Is Us” and even ” Game of Thrones”.

“The series is very lively and we’re going to play with it for a long time,” Josh Sepan, executive director of AMC Networks, recently said, downplaying the decline of traditional audiences, aware that many viewers are following the series on demand or Internet.

“There is a general decline in the number of subscribers to television packages and that trend will accelerate as prices adjust, packages are adjusted, offers are made to measure and new platforms enter the market,” he said. the new digital ways of consuming content.

The eighth season will start with the emission of the episode number 100 of the series, based on the comic by the same name of Robert Kirkman, who in August denounced to the chain AMC for considering that the distribution of profits of the series has not been fair with all the parts.

This is a movement similar to that carried out by Frank Darabont, who was fired as executive producer of the series in the second season and which requires the chain 280 million dollars as compensation.

In spite of these controversies, the series promises in the next episodes to return to the formula that always gave benefits to him: to group to the protagonists instead of to narrate their experiences separately and to face them to a great villain (Negan) and his henchmen “).

“I hope the people who said they would never see the series return,” said Jeffrey Dean Morgan, the actor who portrays Negan, told The New York Times. “There are going to be big rewards,” he added.

“The Walking Dead,” starring Andrew Lincoln, Lauren Cohan and Dean Morgan, among others, debuted in October 2010 and was nominated in 2011 for the best drama series at the Golden Globes.

In addition, it has generated a series derived, “Fear the Walking Dead”, that began to issue AMC in August of 2015, and a televising space, “Talking Dead”, centered in the analysis of the details of each chapter.