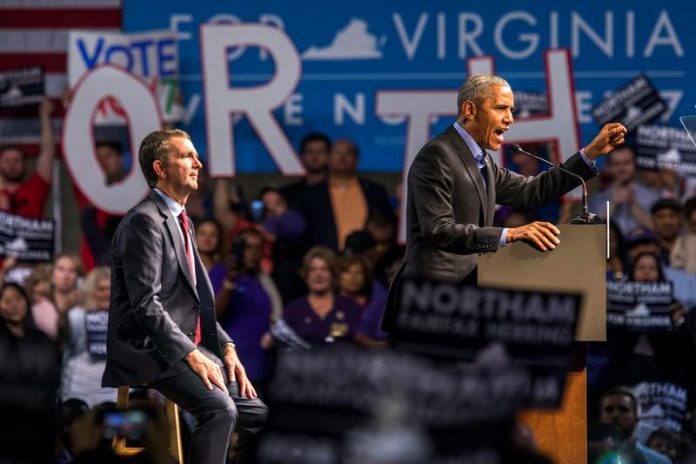 Former President Barack Obama (2009-2017) participated today for the first time since leaving the White House in January at two rallies of Democratic gubernatorial candidates to reverse the negative electoral trend his party is undergoing.

Obama was first in New Jersey to support the Democratic candidate, Phil Murphy, who next Nov. 7 will try to wrest the Republican government with them.

Murphy, a Wall Street ex-sheriff, will fight with current Republican Lt. Gov. Kim Guadagno as governor Chris Christie is not eligible for a third term.

Despite Murphy’s lead in the polls, Obama has urged Democratic supporters to go out and not win the election.

“You can not give this election, or no election for a win, I do not know if you have realized that,” Obama said in a clear reference to the last presidential election in which no one was betting on the victory of the current president, Donald Trump, to Hillary Clinton.

Although he did not cite his successor, Obama criticized the current course of the country: “Some of the policies we see now, we thought we had left them behind, I mean, these people look like 50 years ago. XIX century”.

After the rally in New Jersey, Obama moved to the other state with a gubernatorial election in 2017, Virginia.

In this case, the Democrats aspire to maintain the state they already conquered four years ago.

As the current governor, Terry McAuliffe, can not repeat, it is his deputy governor, Ralph Northam, who opts for the Governorate.

Northam, who also has a lead in the polls, will face Republican Ed Gillespie, who served as a consultant to former President George W. Bush (2001-2009) and who maintains a cautious distance from Trump, who is very unpopular in suburban Washington.

In Richmond, Virginia, and thousands of people, Obama did not quote Trump directly, but criticized the candidates who “divide” people to win the election: “If you have to win a campaign by dividing people, then no you will be able to govern them. ”

With the elections in Virginia and New Jersey, Democrats aspire to reverse a losing electoral dynamic that has left them outside the White House, without Senate or House control and with limited state power.

In fact, Republicans now have territorial power never before seen, with 34 of the 50 governors and with control of the Executive and Legislative in 26 of these states.

That is why Obama decided to return to rallies now, nine months after leaving the White House at the hands of Trump.

A Spaniard will make 5,600 kilometers of cycling in the USA to help girls in India