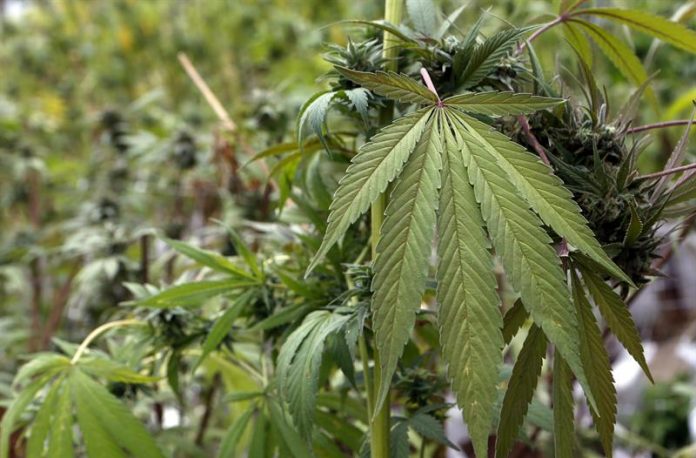 Cannabis oil, containing cannabidiol (CBD), is an aid against the adverse effects of chemotherapy in patients with breast cancer, explained Jose Manuel de la Fuente, a pioneer physician in the use of medical cannabis in Mexico.

“There are people who usually present nausea, vomiting, headaches, a series of conditions that we have seen that if they are taking cannabidiol in addition to their treatment, the process is much simpler,” said the specialist.

On the occasion of World Breast Cancer Day, the doctor said that the oil can help in preventing people from abandoning the aggressive treatment of chemotherapy.

“Although chemotherapy treatments have improved a lot, there are still many side effects,” he said, appealing later to “promote treatment adherence.”

The doctor considered it important to clarify that the CBD does not present psychotropic effects, being tetrahydrocannabinol (THC), the other cannabinoid present in the plant which, in this case, does harbor these properties.

The other use of oil is to make more bearable the last measures of the disease, when it has metastasized and to overcome it is impossible.
In these cases, cannabidiol proves to be an important analgesic due to its relaxing effects.

“If we could not do more for the patient, at least we can give him quality of life at the end of his days,” said the doctor, known for treating Graciela Elizalde Benavides, a Mexican girl suffering from Lennox-Gastaut Syndrome ( LGS) and made history in the country when a judge granted an amparo for his parents to import a drug with cannabidiol.

Likewise, De la Fuente, despite extolling the effects of this oil, whose application is through ingestion, appealed to early detection and self-exploration as the main measures to stop breast cancer.

According to the World Health Organization, breast cancer is the number one cause of death in the world, and in Mexico mainly affects women between 45 and 65 years, but has begun to detect in people between the ages of 20 and 25 years.

The disease is suffered by 3 out of 10 people in the world and it is estimated that 1 in 8 women will develop the disease during their lifetime.