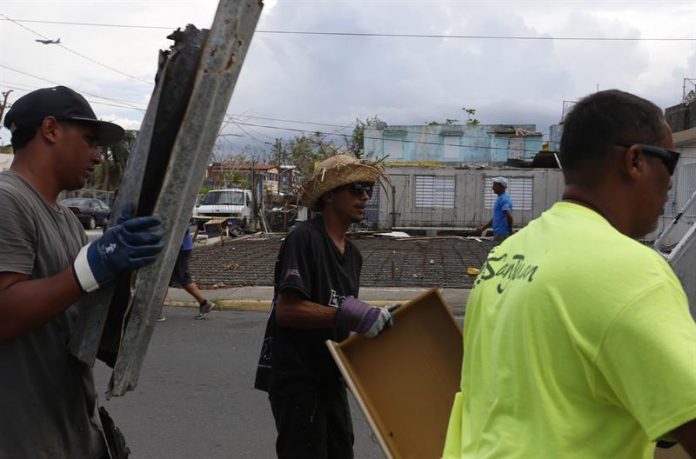 The municipal administration of Caguas requested the citizens to cooperate by separating the solid waste so as to expedite the collection of these, especially the debris and the branches for which it has prepared a guide.

“Last week we intensified the collection of debris, but the rains of the past few days have significantly delayed our work. However, we continue to collect debris as well as the green material routes (leaves, branches, etc.), with an aggressive plan for the coming weeks, “they said in a statement.

“For these tasks, we need citizen support in the separation of waste, as FEMA requires it and that requirement makes the process slower than it would be under normal conditions,” said Mayor William Miranda.

Miranda explained that solid waste should be separated into three groups: household waste, debris and trees and shrubs.

The separation facilitates the pick up, since they are different routes and trucks.
Household garbage, which is the remains of food, paper, clothes, cardboard and plastics are being collected on regular routes by sectors.

The rural and difficult access areas have presented a little more difficulty for the access of the trucks due to poles, cables or trees with electric lines.
Special routes are being worked on for these sectors.

It was also reported that the collection of debris – including lumber, zinc plating, furniture and mattresses, among others – was intensified on Wednesday 11 October and should be completed in early November.

Finally, 28 brigades have been assigned to collect and dispose of branches, trees, bamboos and all vegetal waste, which during the next two weeks will accelerate their collection and disposal.

“In the past two weeks, in Caguas, 90% of the state’s avenues, state highways, streets and roads had a step,” he added.
Then, they remembered, the city was cleaned, with special emphasis on domestic waste, because it is a matter of public health.

“It is important to clarify that due to the number of sectors of Caguas and the unprecedented volume of solid waste, especially vegetative material, this work could take between 100 and 120 days to complete in full,” said the chief executive Cagüeño.