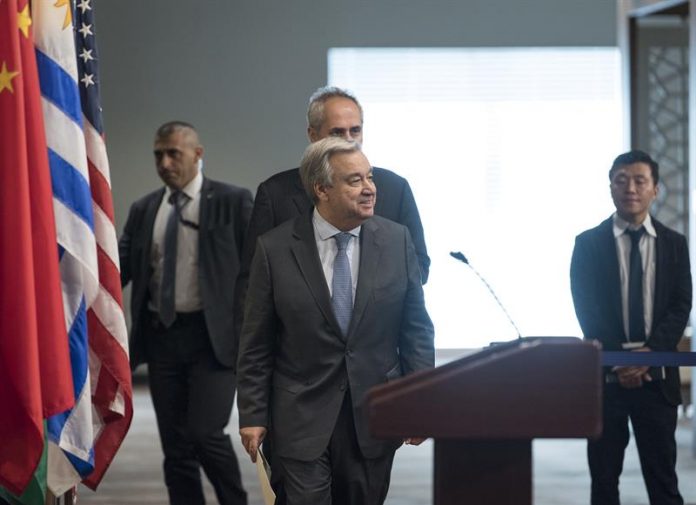 UN Secretary-General António Guterres reiterated his defense of the nuclear agreement signed in 2015 with Iran and considered it “absolutely essential” to continue.

“It is absolutely essential, in my opinion, to preserve this agreement for peace and stability,” Guterres asked at a press conference.
Last week, President Donald Trump called for correcting that pact and threatened to abandon it if that does not happen.

Today, UN ambassador Nikki Haley insisted to the Security Council on the need for the international community to change its policy towards Iran in response to what it considered “aggressive, destabilizing and illegal” behavior.

Guterres, asked about it, did not want to get into those issues, but insisted that the nuclear agreement “should be preserved.”

The pact was negotiated with Teheran by six international powers (USA, Russia, China, France, the United Kingdom and Germany) and later endorsed by the United Nations Security Council.