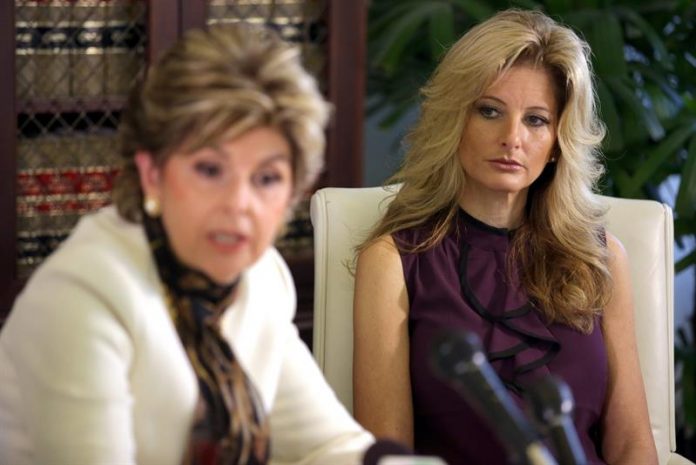 Lawyers for a woman allegedly handcuffed by President Donald Trump have asked the president to file documents, including texts and photos, generated in the campaign against her and other women in the same situation, local media reported.

The summons, dated a month ago in the New York State Supreme Court and recovered by the Buzzfeed portal, is part of a defamation lawsuit filed against Trump by Summer Zervos, a former contestant for his television show “The Apprentice.”

In the citation, Zervos attorneys request that Trump deliver written notes, photographs, audio recordings, text messages or social networks, receipts and “compilations of data of any kind in any medium” before October 31.

Zervos was one of the women who accused the then Republican candidate for sexual abuse at the end of last year. In October, she told a news conference that Trump had handled her and kissed her will in 2007 at a Los Angeles hotel.

After Trump dismissed his accusations as “inventions and falsehoods”, Zervos filed a libel suit against him three days before he assumed the presidency.

The legal team of the president has tried to delay the process until his term ends, claiming that he has immunity as a governor, and his lawyers denounced in July in court that the lawsuit has a political motivation that seeks his removal.

In the subpoena, Zervos attorney Gloria Allred asks for “all the documents” of the campaign regarding her client and “any” woman who has accused Trump of touching or sexually inappropriate behavior, and highlights nine names that were publicly pronounced on The issue.

Among those women are Jessica Leeds and Rachel Crooks, who offered The New York Times their evidence of sexual abuse. Leeds claimed that three decades ago the tycoon had pounced on her in a plane, and Crooks that Trump kissed her in an elevator without knowing anything about it in 2005.

The citation also claims documents on the famous 2005 tape filmed in October and in which Trump boasted of touching the intimate parts of women without his consent for being a celebrity.

In a statement, Zervos’ lawyer said she expected the court to dismiss the motion of the president’s team to end the lawsuit.
Thus, he affirmed, “we will be able to continue with the discoveries and obtain relevant testimonies and documents”.