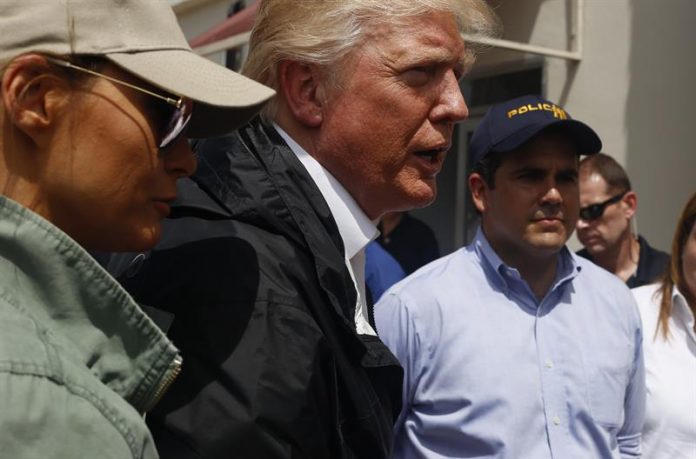 The president, Donald Trump, could not leave behind the controversy on his trip to Puerto Rico, where he witnessed the devastation caused last September by Hurricane Maria, which the president declined because of the low number of victims and not be a “real catastrophe”.

“If you look at a real catastrophe like Katrina … hundreds, hundreds and hundreds of people who died, and you look at what happened here, with a storm that was really overwhelming,” Trump said. Luis Muñiz air base of the National Guard, referring to the cyclone that struck New Orleans in 2005 and left more than 1,800 dead.

The trip of the president has been involved in the controversy since before even being conceived since, unlike the happened in Houston, city to which he approached just a couple of days after the passage of Hurricane Harvey, Trump has been delayed almost three weeks in approaching Puerto Rico.

In addition to the delay in carrying out this official trip, which the president’s team has justified due to the lack of infrastructures on the island, the citizens of the Commonwealth of the United States have been criticizing the slowness with which the federal authorities have acted.

The president’s constant outings, both in press conferences and through his personal account of Twitter, did not help to calm the environment, although today he had the gesture of praising the work of the governor of Puerto Rico, Ricardo Rossello, for assessing “from the beginning” what the federal government did.

The multimillionaire, whose visit to the island lasted only a few hours, approached the municipality of Guaynabo, near San Juan, which was one of the most affected by the storm and which, like much of the island, has suffered large restrictions since the cyclone struck land in Puerto Rico last September 20.

In the company of Rosselló, and the Island’s Resident Commissioner (representative of Puerto Rico in the Federal Congress), Jenniffer González, Trump took the walk around the municipality to talk to some of the Guaynabo residents he promised help and the which dropped that “concrete holds, but wood, no.”
Although the issue of federal aid has not been uncontroversial in recent days, Trump did not want to shy away from the issue and again insisted on the high cost that the hurricane will pose to the Washington coffers.

“We hate a lot of money in Puerto Rico and that’s good, we’ve saved a lot of lives,” the president said with some sneer. “I hate it, Puerto Rico, but they’re making our budget look outdated.

This comment was echoed today by Senate minority leader Chuck Schumer, who in a statement urged the president to “stop blaming Puerto Rico” and to roll up his shirt ” to guide the work of recovery “, as it is their obligation.

The debate over the high cost of hurricane Maria for Puerto Rico has been brewing since last week, when Trump accused local authorities of being partly responsible for the island’s situation for its “billions of dollars dollars of debt to Wall Street. ”

San Juan Mayor Carmen Yulin Cruz then replied to the billionaire that “when someone is urgently needed, when someone is in a situation of life and death, the moral imperative is to address that situation before addressing any other issue.”

Trump, far from trying to calm the situation, used this Saturday his main form of communication, his personal Twitter account, to continue firing the fire criticizing the mayor and stating that the Puerto Ricans “want everything done when it should be a effort of the community “.

The president had the opportunity to greet Yulin Cruz personally today, who, according to CNN, told the president that “this is about saving lives, not politics.” 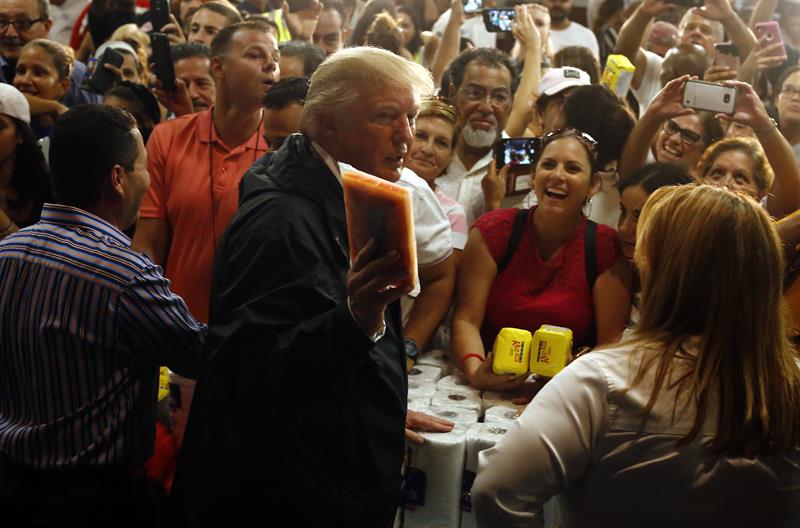 However, it is not only Islanders who feel that the Federal Government’s performance has been deficient, but there have also been several US congressmen who have accused Trump in recent days of not giving sufficient importance to the situation and have acted slowly in Puerto Rico.

The situation of tension reached such a point that when this last Monday the president announced that this Wednesday would approach Las Vegas to show his support to the city after the shooting in which 59 people died, it was rumored that the president could get to cancel your trip to Puerto Rico.

Before leaving the island, the president took the opportunity to talk with US Virgin Islands Governor Kenneth Mapp, who thanked him for his “commitment,” which has allowed him to begin reopening schools and begin receiving cruises again after the scourge of the Hurricane Maria.