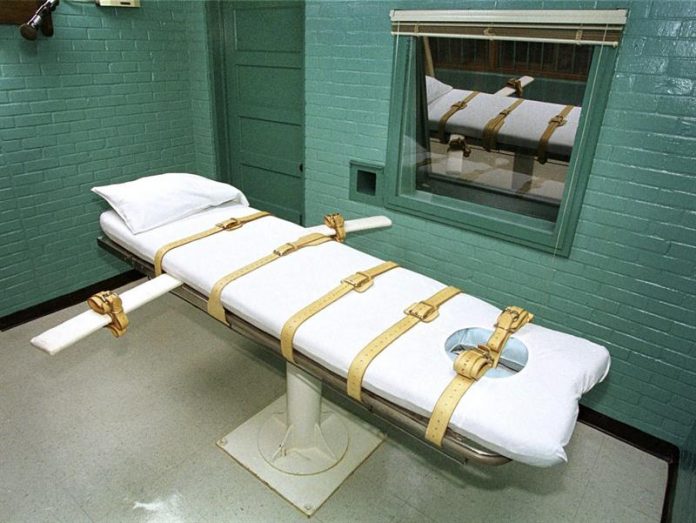 Michael Lambrix, who will be executed Thursday in Florida, said today that he killed in self-defense and sent a manuscript to the US Supreme Court. with which he seeks to stop applying the lethal injection.

Lambrix, 57, sentenced to death for the double murder of Clarence Moore and Aleisha Bryant in 1983, responded to reporters’ questions today, a fact which, though allowed, is unusual.

He told the Tampa Bay Times that on Thursday there will be no execution, but “a cold-blooded murder.”

According to his account of the events for which he was convicted in his home in a rural area of ??central Florida, he killed Moore in self-defense after he killed Bryant.

The convict said that the capital punishment process “is more about the politics of death than the administration of justice.”

The inmate sent a 25-page manuscript to the US Supreme Court to reinforce a final motion by his lawyer, William Hennisen.

The lawyer filed a motion today with the federal supreme court a motion to stop the execution with lethal injection scheduled Thursday at the prison in Starke in northern Florida.

The procedure is one more of a long legal battle, that also faced a legal limbo of more than a year, since in January of 2016 the Supreme Court of the USA. described as “unconstitutional” the way Florida decided capital punishments.

Because of that decision, the state of Florida had to change that process and now the penalty is decided by “unanimity” of the jury, not by simple majority.

Florida, along with Alabama and Delaware, was one of the few states that did not require a unanimous jury verdict to sentence a death penalty.

Although Lambrix was sentenced after two 8-4 and 10-2 jury votes, which are now unconstitutional, he will not be favored by the Supreme Court’s decision.

The Florida Supreme Court argued that it was sentenced before 2002, under a policy described as “partial retroactivity.”

Lambrix, whose execution was originally scheduled for February 11, will be the second to face the death penalty after legal limbo in Florida.

Since 1976, 93 death sentences have been executed in Floridas. Currently, about 400 people, four of them women, wait in the death row for execution by lethal injection.

Lambrix in his interview with the newspaper also said that last dinner requested the typical menu of the November celebration of Thanksgiving in the United States, composed of turkey