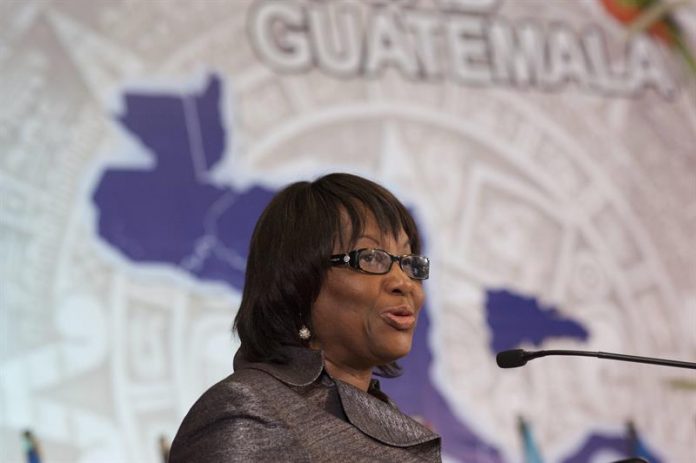 Etienne’s candidacy, presented by the Caribbean island of Dominica, his native country, was the only one of this election, which was held in the framework of the 29th Pan American Sanitary Conference that is held until Friday in Washington.

Etienne, who will begin his second term on February 1, 2018, reaffirmed today in his speech his “commitment to provide a long and productive life for all our peoples, from all sectors of society.”

To this end, he stressed the importance of access to sexual and reproductive health services, healthy food, clean water and adequate sanitation, safe shelter and relevant health care in disasters and health emergencies.
“The action of the health sector alone will not be enough to achieve our goals,” he warned.

“I am convinced that we must mobilize our partners in academia, civil society and the private sector,” he said.

The director general of the World Health Organization (WHO), Tedros Adhanom Ghebreyesus, held the “unanimous” vote for Etienne and the “unity” of the region.

“I have seen his leadership in handling the Zika virus, hurricanes and emergencies, and how he reacts quickly. We will communicate often and work well together,” he said.

During the first mandate of Etienne, the countries of the Americas achieved several important health milestones with the support of PAHO.

Countries also made progress in eliminating neglected diseases, such as trachoma, Chagas disease and onchocerciasis (or “river blindness”), and the elimination of transmission of HIV and syphilis from mother to child.

They also approved a regional strategy to achieve universal health, becoming the first region of the World Health Organization to do so.

In addition, during this period, PAHO has supported Member States to address major epidemics, including zika, chikungunya and yellow fever, as well as disasters ranging from hurricanes and catastrophic floods to earthquakes and droughts.

Etienne began her career as a medical officer at Princess Margaret Hospital in Dominica, where she was medical director, and then held several senior positions in the Dominica health system.

Founded in 1902, PAHO is the oldest international public health organization in the world, acts as WHO’s regional office for the Americas and is the specialized health agency of the inter-American system.