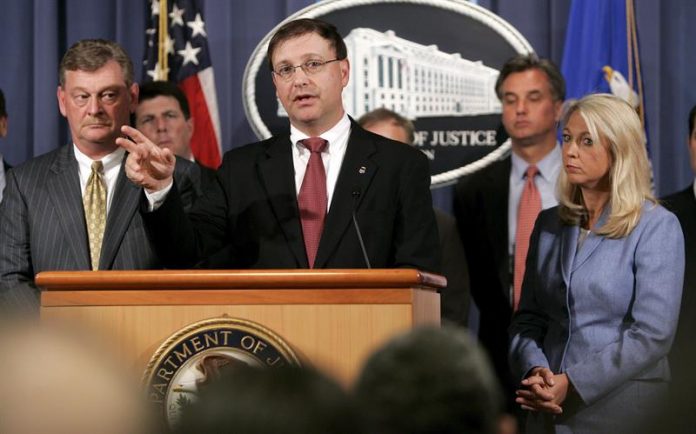 The head of the Drug Enforcement Agency (DEA), Chuck Rosenberg, resigned today from his interim position since May 2015 and led a strong campaign to combat the growing abuse of painkillers and heroin.

The resignation will take effect on October 1, a spokeswoman for the DEA told Efe.

The spokeswoman declined to indicate the reasons why Rosenberg has decided to move away from the DEA, although The Washington Post points to disagreements over the last few months with the government of President Donald Trump and especially with Attorney General Jeff Sessions, to supervise the DEA.

Sessions and Rosenberg have different views on the Mara Salvatrucha (MS-13), a gang that has made El Salvador one of the most violent countries in the world and which Sessions declared war with promise to head off the band with a strong police offensive.

Sessions wants the fight against Mara Salvatrucha to be a priority, while for years the DEA has dedicated resources to fight against Mexican cartels, such as that of Sinaloa or Juarez, which have been singled out as a growing threat in recent reports from the agency.

To say goodbye, Rosenberg today sent an email to the approximately 5,000 DEA agents in 69 countries, including Colombia, Ecuador, Argentina, Spain and Germany.

“The neighborhoods in which we live are better for your commitment to the rule of law, your dedication to the cause of justice and perseverance in the face of adversity,” he wrote to his agents Rosenberg, who added: “You will continue to do great things and I will continue rooted to you, now from the bench. ”

Rosenberg jumped to the front pages of the newspapers in late July when, in response to Trump’s comments, he sent a memo to his employees and asked them to act “honorably” and to the “highest standards” when they tried to suspects of criminal acts.

He answered Trump’s comments in New York in front of a group of agents, whom he said should not be “too kind” when they arrest “thugs”.

In his memorandum, entitled “Who We Are,” Rosenberg explained to the agents why he was contradicting Trump: “I write because we have an obligation to speak when something is wrong, that’s what law enforcement does. At least that’s what we’re trying to do. ”

At the moment, it is unclear who will be in charge of replacing Rosenberg, although sources familiar with the DEA’s internal discussions cited by The Washington Post point to Colonel Joseph R. Fuentes, the New Jersey State Police Chief .

In May 2015, Rosenberg replaced DEA with Michele Leonhart, administrator between 2007 and 2015, who resigned after revealing that several agents of the Anti-Drug Agency participated in “sexual parties” with prostitutes in Colombia.

Prior to arriving at the DEA, Rosenberg was the chief of staff of then-director of the Federal Bureau of Investigation (FBI), James Comey, whom Trump dismissed in May, supposedly to hamper the investigation leading on possible links between Russia and members of his presidential campaign.

When he arrived at the DEA, Rosenberg brought with him some FBI agents who were part of his closest circle.

Rosenberg led a strong campaign to fight against the consumption and trafficking of painkillers, drugs with high rates of addiction among Americans and that has caused a worrying increase in heroin consumption, much cheaper than drugs on the black market.

In the last ten years, the number of deaths from overdoses has almost quadrupled in the US, partly due to opiates.

Under the administration of former President George W. Bush (2001-2009), Rosenberg served as a public prosecutor in the West Texas District Court and the East District Court of Virginia.