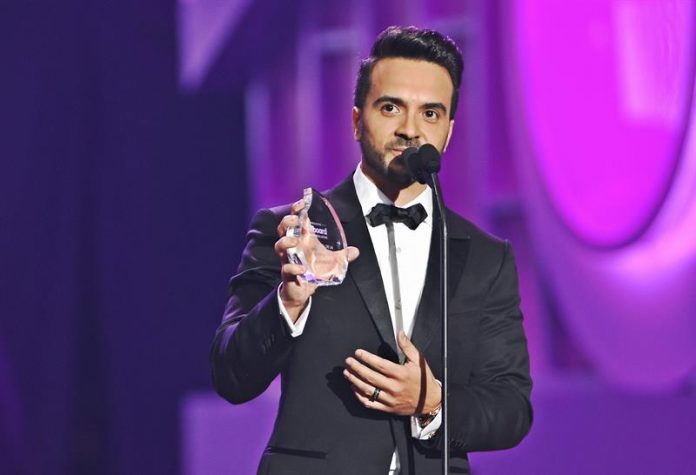 Puerto Rican singer-songwriter Luis Fonsi says in an interview with Efe that although he has no accent in English and is totally bicultural, he has been a victim of “hate and contempt” in the United States, but he does not stop “screaming” is Latin.

It would have been very easy for this born and fully bilingual American citizen to take advantage of his “Despacito” success and blend into the Anglo culture, but he categorically rejects that option: “I am Latino, I speak Spanish and I defend it loudly.”

In a telephone interview with Efe, the probably most popular Latin artist of 2017 assures that he personally knows the “racism”, the hatred of the different.

“I know what it is that they look at you with hatred and contempt,” says Luis Fonsi, who points out that the best of “Despacito”‘s success, which broke historic records worldwide, is not the measurements of the music industry.

“It’s much more than personal success,” says the singer-songwriter, who moved with his family to Orlando, Florida, at the age of 11.

“What makes me feel proudest is that it put my land Puerto Rico, and Latinos in general, at this difficult time for us in the United States,” he says, without directly mentioning the policies of President Donald Trump.

Fonsi does not put the focus on himself with anecdotes, but does emphasize that it is “very significant” that with his song in Spanish, that remained like number one in the lists of popularity in the USA during 17 weeks, has broken the “barrier” of the language “right now”.

“Despacito is a celebration of Spanish and Hispanic culture and there is no denying it,” adds the musician, who notes that he is very pleased that his “Love + Dance Tour” tour has many dates in the United States during the month in which Hispanic pride is celebrated, from September 15 to October 15.

In this sense, says that one of the most pleasant surprises of the madness that began last January, when the song came to market, have been the words of mothers who thank their children’s interest in Spanish thanks to “Despacito” .

“I never thought of that when God gave me the idea of ​​the song one night, or put me in the way a great songwriter like Erika Ender to work with me on it, or the genius of Daddy Yankee,” he admits.

“But the one that we are contributing to that the new generations approach the Spanish is a gift. It is an accidental tool, but a tool to the end”, says like father of two small children born in the United States.

“My wife (Spanish model Agueda López) and I have to look for the same tricks as the rest of the parents to get the children, or even my oldest daughter, to speak Spanish in the house,” he says.

The singer-songwriter acknowledges that it is the same struggle his parents had with him and his brothers when they moved from Puerto Rico to Florida.

However, he emphasizes that his defense of Spanish and Hispanic does not mean that he is closed to singing in other languages, specifically English.

“My new album, which is part of ‘Despacito’ was already recorded and ready for a long time,” he says. “There are themes in Spanish, in English and in ‘Spanglish'”.

He also said that his next single is a “great collaboration”, although he does not want to elaborate further.

And while acknowledging that the 48-concert tour, which has taken him to places like Turkey and Egypt, has been physically exhausting, “there is nothing more than to thank for those wonderful things that have happened and are still happening.”

But he has no plans to stop, because as soon as he can rest for a week he is going to “start despair”, because being on stage “is a kind of addiction,” he says.