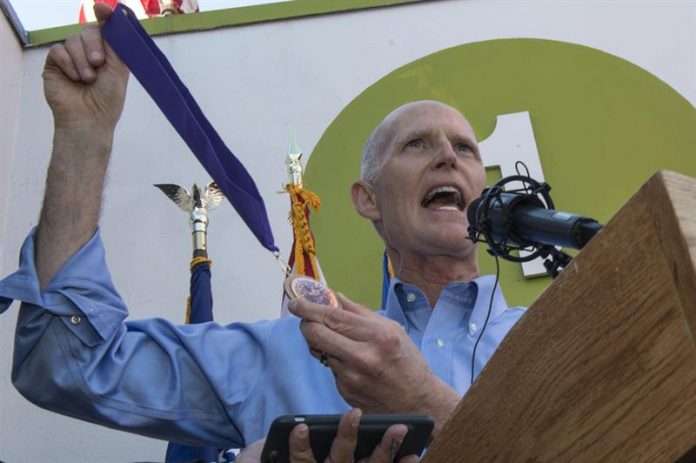 SAN FRANCISCO (Reuters) – Florida health authorities suspended the Hollywood asylum license that was left unfit for air after Hurricane Irma and nine of its residents have since died.

Florida Governor Rick Scott said the closure of the Hollywood Hills Rehab Center sends a clear message: “If you do not protect the patients who were entrusted to your care, you will be responsible.”

Scott lamented in a statement that the asylum “made the decision not to immediately call 911 (police) or evacuate (adults) to one of the state’s largest hospitals, located across the street.”

Between 12 and 13 September eight people aged between 70 and 96 died, apparently because of the suffocating temperatures they faced, and another 115 were evacuated from the elderly center.

These patients “ended up in the hospital with temperatures that exceeded 41 degrees Celsius (107 degrees Fahrenheit), too late to be saved,” the Health Services Administration (AHCA) said.

The death of another man, 93, who was part of the downtown residents and died Tuesday, according to the Hollywood Police.

The center faces several demands of “negligence” on the part of relatives of the victims, while the criminal investigation continues in charge of the authorities.
South Florida faced Hurricane Irma on September 10, which caused blackouts in much of southern Florida.

The administration has indicated that neither the power company, the Florida Power & Light (FPL) nor the Florida state hotline responded in time to their calls for help in restoring air conditioning.

He said they called the FPL on Sunday after the hurricane to report one of the failed transformers on which the air conditioner depended.