Geopolitics and the crisis in Latin America today

OMT highlights conditions to invest in the Dominican Republic

Puerto Ricans today found themselves completely devastated by Hurricane Maria, which in winds of 250 kilometers per hour affected the entire island on Wednesday, causing flooding and damage still to be calculated.

“This is total devastation,” EFE Jorge, a resident of San Juan, who left this morning from his home after the curfew imposed by the authorities to prevent looting.

The landscape in this country of 3.5 million inhabitants is that of a devastated territory with uprooted trees, fallen traffic signs, areas flooded by water, houses with literally ripped roofs and, above all, very dirty streets by the material dragged by the strong winds of the cyclone.

The governor of Puerto Rico, Ricardo Rossello, reported Wednesday night the first victim of which is recorded on the island because of Maria, a man who was hit by a panel of wood used as protection and which was detached from a house.

With this, María, who landed on Wednesday morning on the southeastern coast of Puerto Rico as a category 4 hurricane (of a maximum of 5), has claimed the lives of at least nine people as it passes through the Caribbean, after the death of another person in Guadeloupe and seven in Dominica.

The Puerto Rican authorities are now engaged in damage assessment and have not yet given any assessment, but there are fears that the losses will be multimillion-dollar.

President, Donald Trump, at the request of Governor Rosselló, today announced the approval of the declaration of “disaster status” for Puerto Rico, which will allow the disbursement of federal assistance for reconstruction work.

“We are with you and with the people of Puerto Rico. Stay safe!” He wrote hours earlier to Rosselló, the ruler of Twitter, his favorite means of communication. 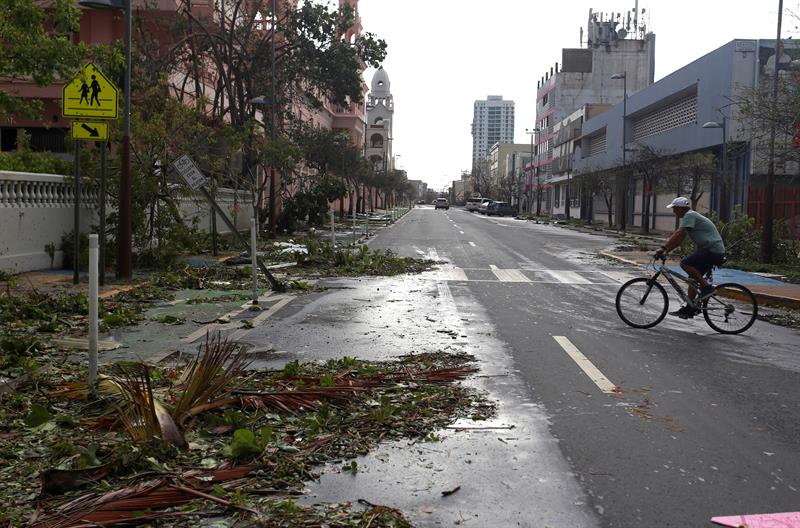 The day after the cyclone, the country as a whole continues to have no electricity, and authorities have warned that it will take weeks, if not months, to recover fully.

It will not be a question of “days or weeks,” but months, warned the governor before even the damage assessment began.

Only some hotels and sparse buildings that have autonomous generators have electric power, and the telephone communications are intermittent or directly null.

US authorities have already sent rescue teams to the island to join those deployed by the Puerto Rican institutions in rescue and recovery.

On the whole island, a curfew is in force between 6 pm and 6 am, which will be in force until at least Saturday, to avoid looting such as those happened on Wednesday afternoon in the capital, after calming the winds of the cyclone.

In a popular supermarket in San Juan, Plaza Loiza, authorities arrested eight adults and two children accused of taking advantage of the catastrophe to steal.

Meanwhile, Puerto Ricans, thousands of whom have spent the hurricane protected in shelters, are now overwhelmed by the damage and devastation left by the weather phenomenon, and see a long and complicated picture to regain normalcy.

As San Juan Mayor Carmen Yulin said Wednesday, the lives of Puerto Ricans are no longer “as we knew it before.” 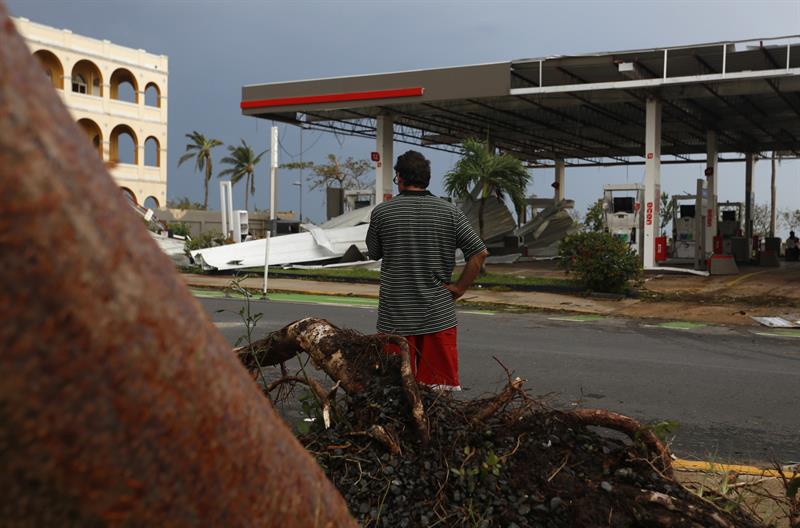 Brazilian brewer Ambev posted a net attributable profit of 1,091 million reais (174 million euros) at the end of the first quarter of the...

Facebook shared more data than those recognized with technological giants

The social network Facebook shared more personal data of its users with technological giants such as Microsoft, Amazon or Netflix of those who had...

The Grammys postpone their nominations for the funeral of George H.W. Bush

The Recording Academy postponed the announcement of the Grammy nominations on Friday, December 7, initially scheduled for next Wednesday, so that it does not...

Serena Williams was fined $ 17,000 by the organizers of the US Open. for committing three violations of the code of conduct during the...