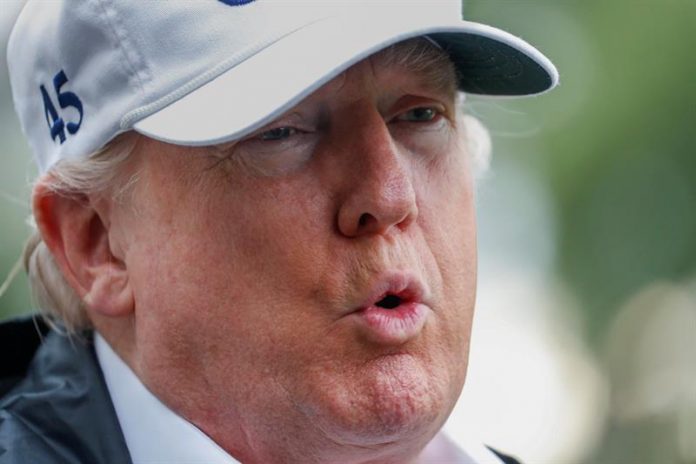 President Donald Trump highlighted Africa’s “business potential” in a meeting with African leaders, which he said he knew because he has “many friends” who go there “to try to become rich.”

“I have a lot of friends who go to their countries to try to get rich,” Trump said during a working lunch in New York with leaders from Uganda, South Africa, Ivory Coast, Guinea, Namibia, Nigeria, Senegal, Ghana and Ethiopia.

“They are spending a lot of money,” Trump continued, adding that Africa “has become a place that American companies want to go to.”

Trump also generated a stir on the Twitter social network when he misjudged Namibia, a country he referred to as “Nambia” during his speech, when he wanted to emphasize that the country’s health system is “increasingly self-sufficient.”

He also announced that he will soon send UN ambassador Nikki Haley to Africa “to discuss ways of resolving and preventing conflicts,” and in particular on violence in South Sudan and the Democratic Republic of the Congo.

“To have real results in the face of this catastrophe, we need an Africa-led peace process and a truly sincere commitment from all parties involved,” Trump said in reference to the last two countries.

In addition to lunch, Trump met today, on the fringes of the UN General Assembly, with the Jordanian king, Abdallah II; Palestinian President Mahmoud Abbas; the British prime minister, Theresa May, and the Egyptian leader, Abdelfatah al Sisi.