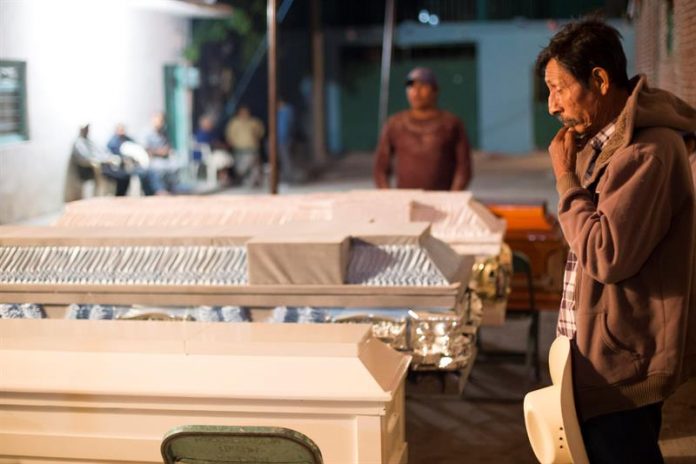 Eleven people died inside a church in the Mexican state of Puebla, where a baptism was celebrated because of the earthquake of magnitude 7.1 on the Richter scale that violently shook central Mexico.

The Archdiocese of Puebla confirmed the death of the eleven people, including four children, including the baby being baptized in the 17th century Santiago Apóstol Temple, which collapsed in the earthquake.

The parson and the sacristan were able to escape the collapse and left unharmed.

Atzala residents, one of the areas most affected by Tuesday’s earthquake, carried out relief and removal of debris until authorities arrived.

After several hours of rescue work the corpses were found.
The municipal president of Atzala, Alberto Ramos Morán, said he hopes to have contact today with the state authorities to carry out a census of the affected homes.

The secretary of the government of Puebla, Diódoro Carrasco, pointed out that Atzala is one of the most affected municipalities in the area of ​​Mixteca poblana. 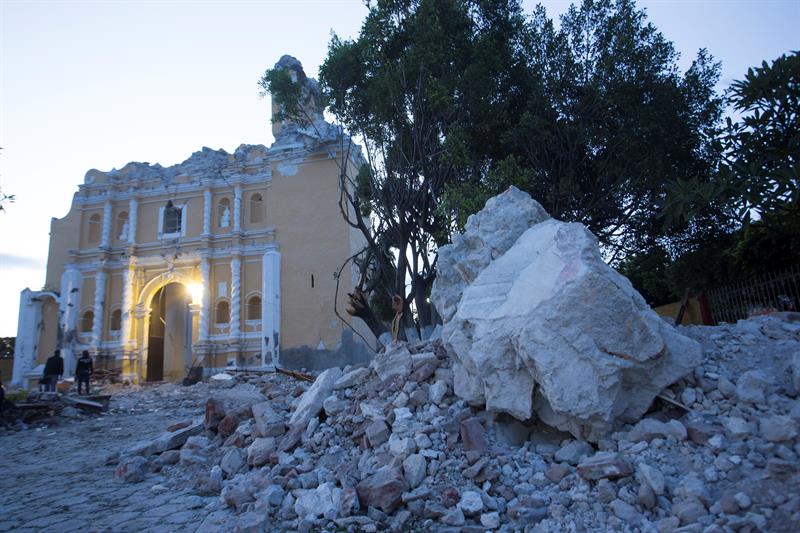 According to the latest report by Governor José Antonio Gali, there are 43 deaths, 105 injured, 18 missing and affected in 33 municipalities.

Regarding educational establishments, he pointed out that 46% of the 12,081 schools have been reviewed, of which 120 have major damages, so that their students will have to study in mobile classrooms.

In addition, around 1,700 homes throughout the state were severely affected after the earthquake, so they must be demolished.