The death toll from the Enrique Rébsamen School in Mexico City has risen to 37, of which 32 are children and five adults, according to local media.

Rescue efforts were spread throughout the night at this school in the south of the capital, one of about 40 buildings that collapsed in the capital in the wake of a magnitude 7.1 earthquake on the Richter scale.

According to the Televisa network, which cites official sources, 14 people have already been rescued alive, and an estimated 20 are still under the rubble.

The army and navy, who head the search among the rubble, reported that most of the rescued were taken to a civil hospital, and another of them to the Navy.

The president of Mexico, Enrique Peña Nieto, visited last night the school, which welcomed students of preschool, primary and secondary.

According to Miguel Ángel Osorio, the latest confirmed death toll is 224: 117 in Mexico City, 39 in the state of Puebla, 55 in Morelos, 12 in the State of Mexico and one in Guerrero.
Even so, there are discrepancies in the official figures and other reports speak of three deaths in Guerrero and one more in the state of Oaxaca.

The Monterrey Institute of Technology confirmed in a statement that there are four deaths and 40 injured on the campus of Mexico City due to the tremor.

The Ministry of Public Education (SEP) decreed that all schools in Mexico City, Puebla, Morelos, Oaxaca, Chiapas, Guerrero, Tlaxcala, Mexico, Hidalgo and Michoacán should be suspended from classes today. 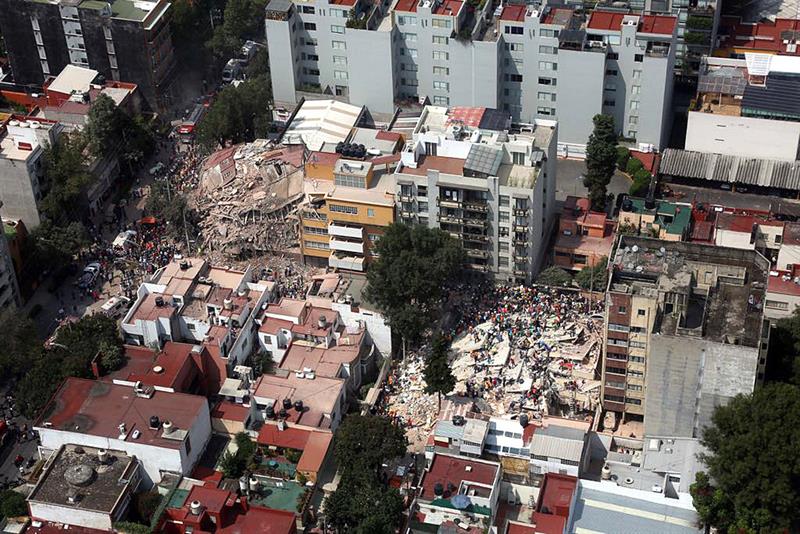 Likewise, the institution reported that in Mexico City, 209 schools are counted, in a preliminary way, 15 with major damages.

The tremor occurred at 1:14 pm local time (18.14 GMT), two hours after a sham commemoration of the powerful tremor of exactly 32 years ago (September 19, 1985), of magnitude 8.1 and which left thousands dead in the capital.

The US entertainment industry estimates the loss of 120,000 jobs due to the coronavirus

The coronavirus is hitting not only the healthcare system but the economy as well, and the entertainment industry appears to be one of the...

This is how the US president experienced the worst terrorist attack in history George W. Bush was caught by the impact of the first plane...

ICE sued in California for obstructing access of lawyers to detainees

The Democratic candidates to the White House have held a debate on Tuesday before the South Carolina primary and the 'supermarts' on March 3...