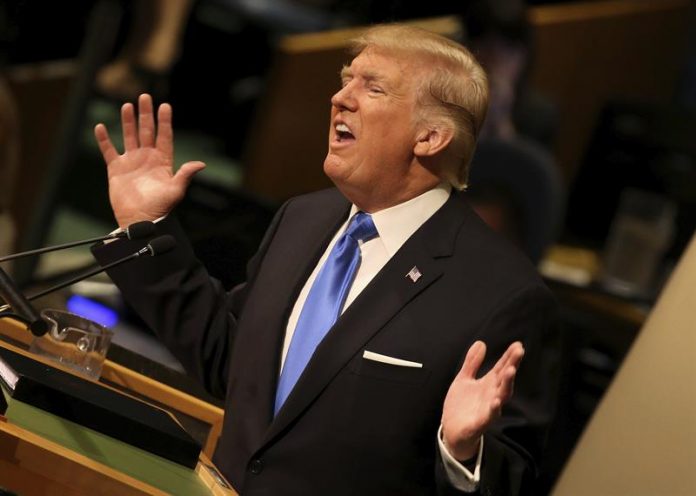 The president, Donald Trump, today sent his support to the Mexican people after the strong earthquake of 7.1 degrees on the Richter scale that has shaken the capital of Mexico.

“God bless the people of Mexico City, we are with you and we will be there for you,” the president said in a brief comment on his account of the social network Twitter, shortly after the catastrophe was known.

“Our hearts are with the people of Mexico City, We are thinking of you and, as the president said, we are with you,” Pence added.

Trump was severely criticized recently after taking six days to express any kind of condolence to the Mexican government following a magnitude-8.2 quake on the Richter scale that also shook part of Central America and left dozens dead.

Almost a week later, the billionaire telephoned his Mexican counterpart, Enrique Peña Nieto, to express his condolences, but gave a curious excuse for his delay: problems of “reception” on the cell phone of the Latin American president.

“I just spoke with the president of Mexico and, as you know, it was impossible to locate him because he was in the mountains where they had the earthquake and there was no cell phone,” Trump said.

That earthquake, which occurred on September 7, was the second largest earthquake in Mexico’s history, with about 260 replicates, so it was feared that the catastrophe of 1985 would be repeated, when a replica of 8.1 shook the country and left more than 10,000 dead.

Precisely today is the thirty-second anniversary of that fateful day.

Trump’s delay in speaking with Peña Nieto surprised and contrasted with the calls received by the Mexican ruler following the earthquake of other leaders, including many Latin Americans.

The relationship between Peña Nieto and Trump has been marked from the beginning by the tensions about the magnate’s plan to build a wall on the Mexican border and the renegotiation of the North American Free Trade Agreement (NAFTA), which also forms part Canada.

Regarding the earthquake of today, there has not yet been talk of possible victims, but videos that are already circulating on social networks show buildings collapsing after the earthquake, debris and serious damage.