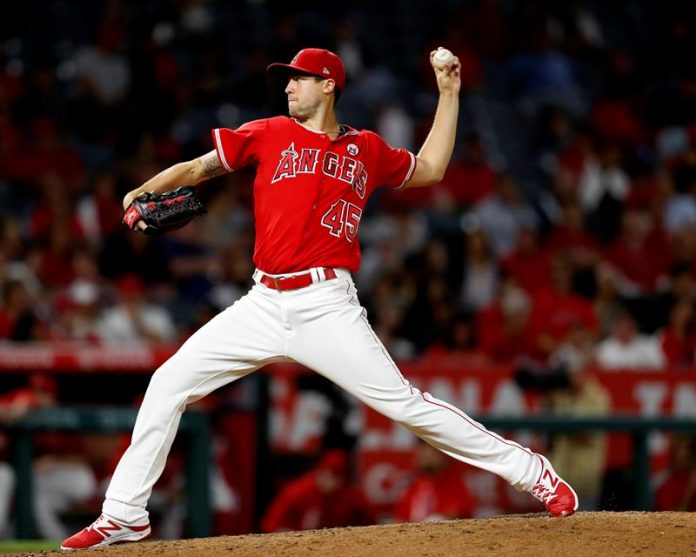 The Cleveland Indians’ triumphant march continued one more day in American League baseball along with the victories of the division leaders, the Houston Astros and the Boston Red Sox as well as the New York Yankees.

The Indians reached the 22 consecutive games won after beating 3-2 in 10 innings to the Royals of Kansas City, who were left in a “strike” to have broken the streak to their rivals.

Everything was ready for a final strike that would put an end to the Indians’ historic streak, but there was again the figure of the Puerto Rican torpedo boat Francisco Lindor, who once again dressed as a hero.

Lindor hit a two-run double in the ninth, while right fielder Jay Bruce added another two-cornerer in the tenth, which made the difference.

During their sensational march, the Indians have beaten and bleached. But they had not gone to the extra innings to keep alive the best string of wins that has been recorded in 101 years.

Second baseman Jose Ramirez opened the tenth with a right-footed shot from right-back and center fielder reliever Brandon Maurer (2-2).
Ramirez turned the shot into a double, sliding headlong into the pad.

Then his compatriot Edwin Encarnacion was given a walk, which made Bruce, a newcomer and who hit a three-run homer for the twenty-first win on Wednesday, found a 2-0 pitch to put the ball in the corner of the right garden that sentenced.

Again the Latin batting was protagonist in the offensive of the Indians with Lindor of 5-1 with a towed.

Brad Peacock pitched six hits with three hits and the Astros reduced their magic number to three to win the AL West with a 5-2 win over the Los Angeles Angels, second on the board.

Cuban Yuli Gurriel added three hits and drove a career for the Astros, who have a good chance of securing a postseason berth and their first division title since 2001 at home this weekend against Seattle Mariners.

Peacock (11-2) made another good opening in a season that has alternated between rotation and bullpen, and achieved his first win since August 4.

Albert Pujols hit the 613 homer as a pro in the ninth, smashing a tie with Jim Thome for seventh in baseball history.

Opener Drew Pomeranz was safe from the mound and led the Red Sox to a 6-2 win over the Oakland Athletics.

The Red Sox started the day with a three-game lead over the New York Yankees in the Eastern League.

Designated hitter Ryon Healy hit a solo homer by the A’s, who dropped just for the second time in eight games.

The loss assured that Oakland (64-82) will spin their third straight campaign with more stumbling than wins.

Pomeranz (16-5) had five hits, three hits and five strikeouts to raise his mark to 4-0 and place his ERA at 1.29 during his last six starts at Fenway Park.

The Red Sox starter also matched team-mate Chris Sale and two other pitchers as the most successful winners of the AL campaign.

The six Judge-driven races represented the best professional brand. Frazier’s smash ended the work of Wade Miley (8-13) when there was just one out of the first episode, in which the Yankees scored six times.

Judge fired the ball into the right field, the opposite, in the fourth inning against Mike Wright. In the sixth, in front of the Dominican Richard Rodriguez, sent the ball to 448 feet of the plate, depositing it in the second floor of the stand of the left garden.

Byron Buxton hit a homer in the tenth inning and the Minnesota Twins left their opponents on the field for the second consecutive night, overcoming a 3-2 win over the Toronto Blue Jays.

Eddie Rosario hit a bump in the 10th for Minnesota to defeat the San Diego Padres. This time, it was Buxton who found a pitch by Luis Santos when there were two outs and a 1-0 count.

Buxton scored his 15th ball, sending the ball to the second floor of the stand, on the left side of the field. In other results of the day, Seattle won 10-4 to Texas and Chicago White Sox took 17-7 to Detroit.