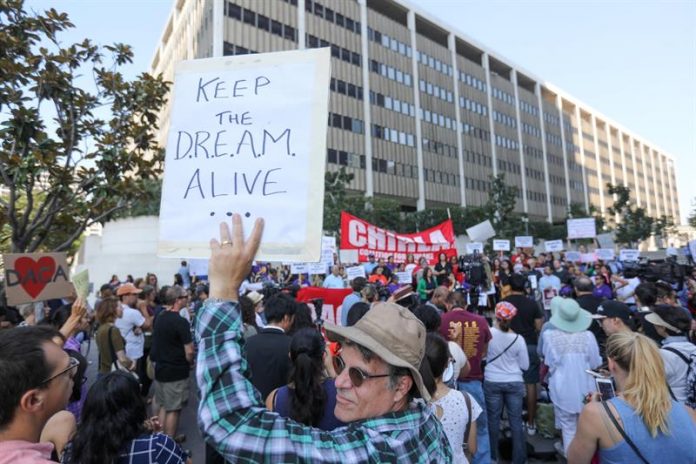 The suspension of the Deferred Action (DACA) will leave short-term and long-term psychological damage to undocumented youth who may experience sadness, frustration, anger and depression when they feel rejected by a country they consider to be their own, psychology experts said.

“This decision is going to have a very negative effect on undocumented youth across the country,” Antonio E. Puente, president of the American Psychological Association (APA), told Efe.

Puente says he understands very well the suffering of more than 800,000 undocumented youth under DACA after Tuesday’s Administration of President Donald Trump announced the end of this program and gave Congress six months to seek a permanent solution for the ” dreamers “.

“To remove these young people from a country they know as their own to return them to the place where they were born and that they do not even know will have an emotional, social and physical impact on the development of these boys,” said the specialist, who in the past lived in the flesh to be a “paperless”.

“It will impact on their mental health and perhaps they will face greater risks, because they could return to a country where there is violence and they will not understand the situation in which they would enter,” warned Puente.

The psychological effect of losing DACA’s migratory shelter could be seen both in the short and long term, although some symptoms already affect “dreamers,” say other mental health specialists.

“In general, we are talking about young people whose perception of belonging has been affected. Membership is an emotional sense that we all need to move forward,” Elena Parra, a psychologist in Tucson, Arizona, told EFE.

“The young ‘dreamers’ have developed a concept that makes them unique, that of belonging to this country regardless of their immigration status,” he said.

Also the psychologist indicated that the “dreamers” are already experiencing disbelief, a stage marked by feelings of anxiety and courage.

“They are afraid and they ask themselves ‘Why (this happens to me)?’ if they have been here for so long, “Parra said.

The second phase is depression and pain, which could last a long time, especially if your work permits do not have any other immigration protection, feelings that could then last for months or maybe years.

The psychologist said that each person, being different, will process the news according to their mental strength, and also everything will depend to a large extent on the support that young people receive from their family and their communities.

“In the coming weeks, dreamers may experience a lot of restlessness, excessive worry, searching, trying to maintain what is being lost, a tremendous feeling of helplessness that affects their self-esteem,” said the psychologist. 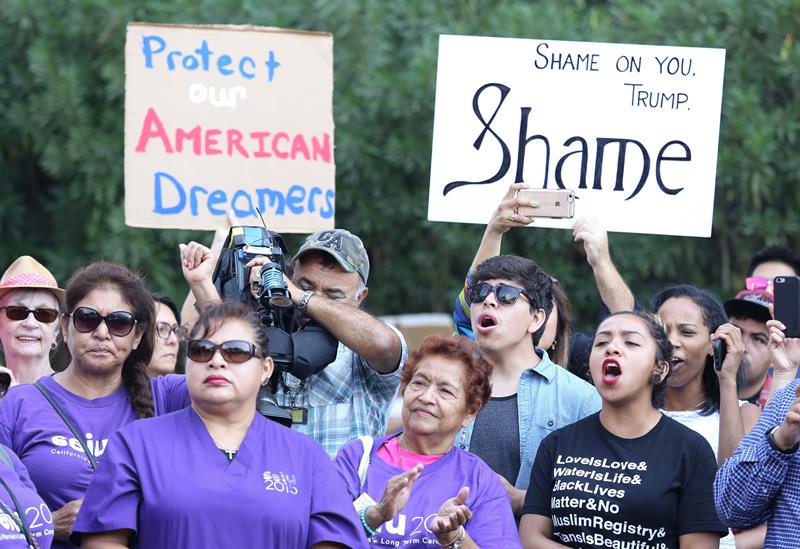 “At this stage, courage is intensifying. Emotional response is the feelings associated with depression,” he said.

Others affected may have physical symptoms, such as a feeling of shortness of breath, chest pain, or symptoms associated with panic attacks.

In 2011, undocumented youth Joaquin Luna committed suicide in Texas after failed legislative attempts to pass a legal exit for those who came to the United States from their parents when they were children.

Luna became a paradigm of the “dreamers” movement.

The psychologist explained that in extreme cases, “dreamers” may experience destructive behaviors such as seeking “refuge” in drugs and / or alcohol, especially if there are social and family factors that make them more vulnerable.

For this reason, psychologists recommend that if some of these young people experience feelings and emotions that they can not control seek professional help.

“Dreamers should seek out support groups, give them a sense of power over their lives, provide them with the opportunity to tell their stories, validate their thoughts and feelings, cry and have courage is acceptable, the important thing is not to fall into destructive behavior,” he assured.

To try to address these situations, various organizations that work with “dreamers” are preparing to also offer emotional support to undocumented youth.